Oh, the good, old salami! Just the right food many people would die to grab a slice of. Whether consumed as part of pizza topping or a standalone snack, one thing is for sure. Salami has a pleasant aftertaste that will only leave you begging for more of this yummy treat.

Now, the fact that salami contains meat as a primary ingredient implies that you can equally share this delicacy with your feline friend. After all, cats are obligate carnivores whose natural diet consists mainly of meat.

But can cats really have salami?

Unfortunately, there’s no outright ‘yes’ or ‘no’ answer to whether cats can eat salami. A little amount of salami might be okay for your kitto. But huge amounts of the food could leave the animal nursing a host of adverse effects.

If you’ve always considered sharing salami with your cat but didn’t know whether doing so was safe or not, this article is for you. Read on as we highlight everything there is to know about cats and salami, with a focus on the potential safety of this food for your feline companion. 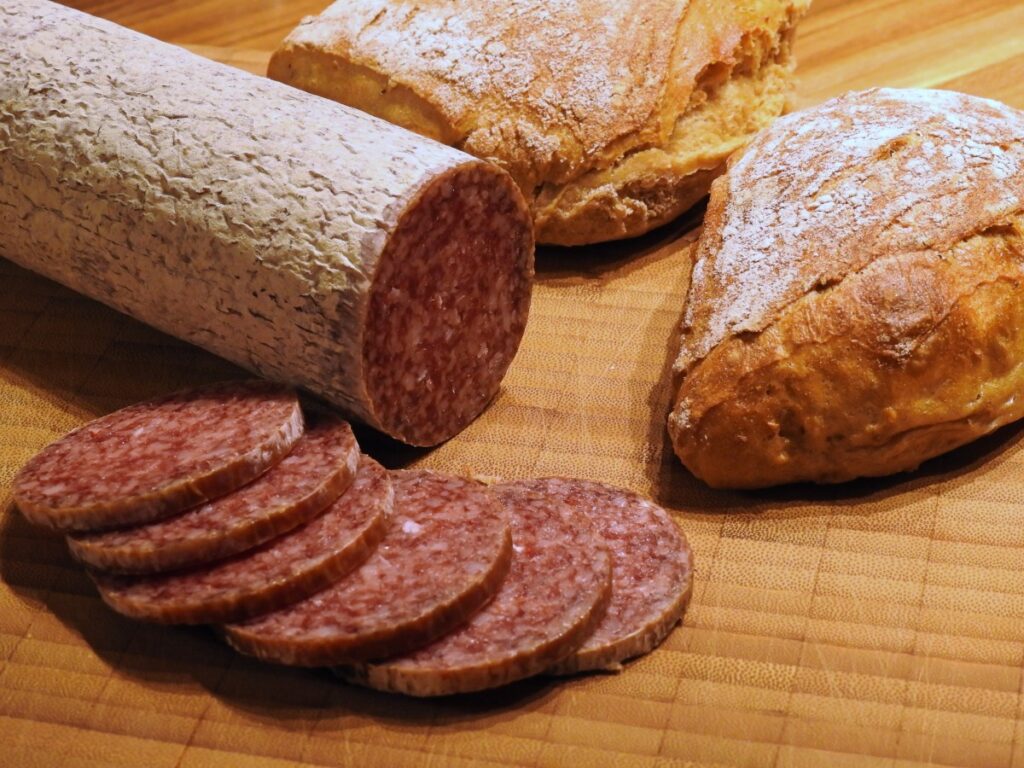 Salami is a form of cured sausage typically made of fermented and air-dried meat. While any type of meat can be used, most salamis contain a blend of pork and beef.

Why Is It Called Salami?

The word ‘salami’ derives from the plural form of the Italian word ‘salame.’ It connotes any cured or salted meat of European style.

If you examine the various European dialects, you’ll discover that they all use slight variations of the word ‘salami’ to denote the same thing.

The French, Germans, Dutch, Greek, and Polish use the same English variation – salami. Romanians, Turks, and Bulgarians use the word ‘salam’ for salami while Hungarians call the dish szalámi. In Czech and Slovak, the word is spelled as salám and saláma, respectively. And in Latin, salami goes by the name salumen.

Where Did Salami Come From?

Salami traces its roots to Eastern, Southern, and Central Europe. The food was originally popular among European peasants, mainly due to its ease of preparation and incredibly long shelf life.

At room temperature, salami can last up to 40 days without going bad. That makes it remarkably useful during periods of meager or inconsistent meat supply.

How Popular Is Salami?

Salami may have originated in Europe. But the dish is now consumed across all continents.

Europe and North America are the biggest consumers. In the United States, salami is so popular that September 7th has since been designated as National Salami Day.

What Are The Core Ingredients In Salami?

Fermented and air-dried meat is the primary ingredient in salami. And as we’ve already mentioned, most salami preparations utilize a combination of beef and pork. However, the food can also be prepared using poultry like turkey or even game meat like venison.

Besides meat, salami usually contains a variety of other ingredients. Examples include preservatives like sodium, spices like garlic, and other additives such as food color, sugar, yeast, wine, and vinegar.

You’ll most likely consume salami as part of your pizza topping. There’s also the option of gorging on this yummy snack as a standalone meal. 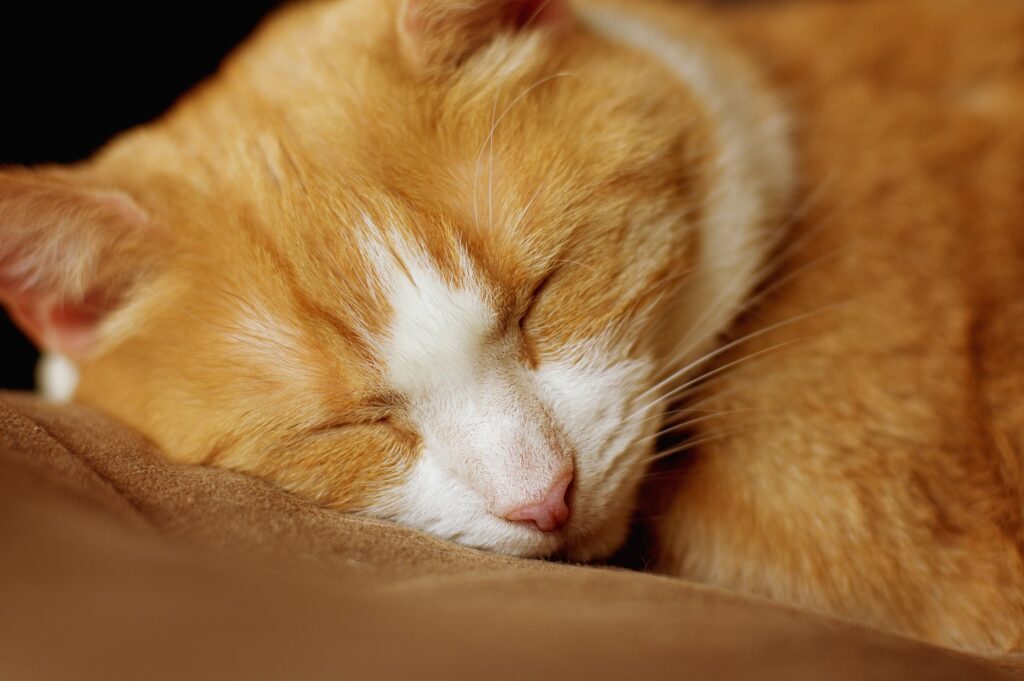 The best way to predict salami’s potential health benefits for cats is to go back to the food’s core ingredients.

Now, meat is the main component in all salamis. That makes the food potentially useful to cats, who happen to be obligate carnivores.

Meat provides nearly all the nutrients required for the normal growth and development of a cat. A notable mention is protein.

Protein forms the foundation for an animal’s muscles, bones, and tissues. It’s arguably the most important nutrient required by all animals and particularly obligate carnivores like cats.

The best part about salami for cats is that the food can come in a variety of meats. You could choose to feed your cat beef-based salami this month and then replace it with poultry-based salami the following month. This allows your feline friend to benefit from the varying amounts of nutrients in the different meat types.

Besides meat, salami may also contain certain useful herbs, such as coriander.

It’s irrefutably true that cats are obligate carnivores and should theoretically consume only meat-based diets. But that doesn’t entirely eliminate the need for plants. Cats require herbs in their diets from time to time.

Plants improve digestion while also relieving nausea. That explains why you’ll occasionally catch your kitto nibbling on plant leaves in your backyard. While not all the herbs in salami may be safe for cats, some could prove immensely useful to them. 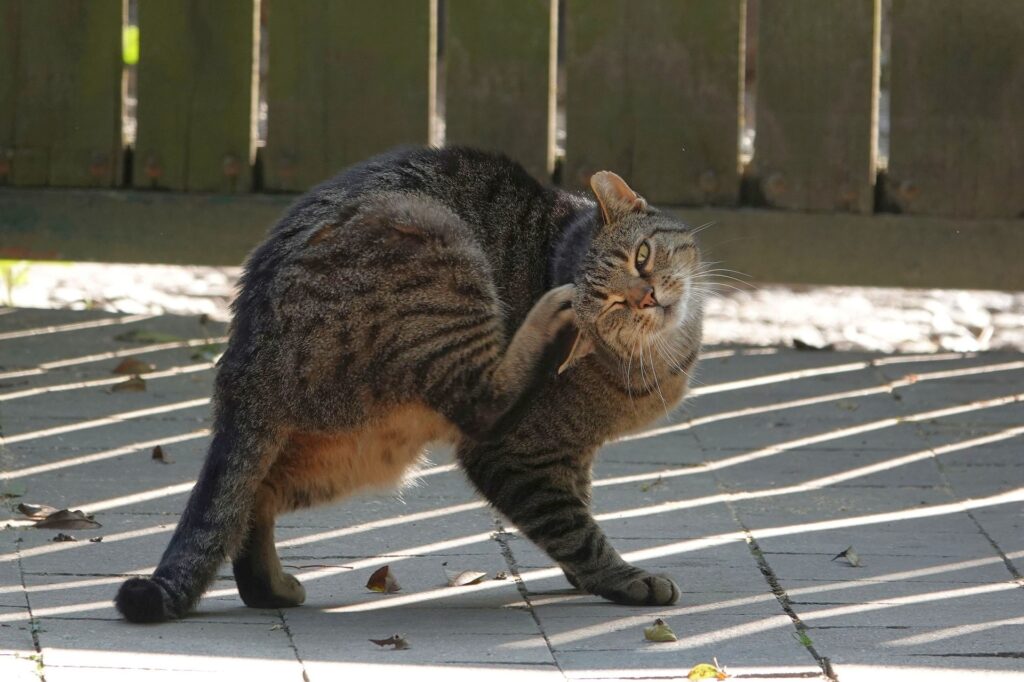 The biggest problem with salami for cats is its usually high sodium/salt content.

Sodium is normally added to salami as a curing agent and for seasoning purposes. However, excess salt consumption can cause devastating consequences in cats.

Sodium has been linked to salt ion poisoning in cats, a disease that can take a huge toll on your cat’s kidneys. Symptoms include excessive drinking followed by frequent urination, drowsiness, disorientation, and lethargy. You may also notice gastrointestinal symptoms like vomiting and diarrhea. Without urgent medical intervention, salt ion poisoning can result in long-term kidney complications.

According to research, sodium levels as low as 0.5 to 1 gram per kilogram of body weight might be potentially dangerous to cats. For comparison, a 3.5-ounce serving of salami can contain as many as 1.15 grams of salt. So, you can only imagine how much damage a slice of overly salted salami could do to your cat.

The spices in salami could also prove more harmful than useful to your cat.
While not all spices are toxic to cats, some like garlic and onion might trigger life-threatening consequences. Excess consumption of either spice can cause Heinz-body anemia, a type of hemolytic anemia marked by the rapid destruction of red blood cells. 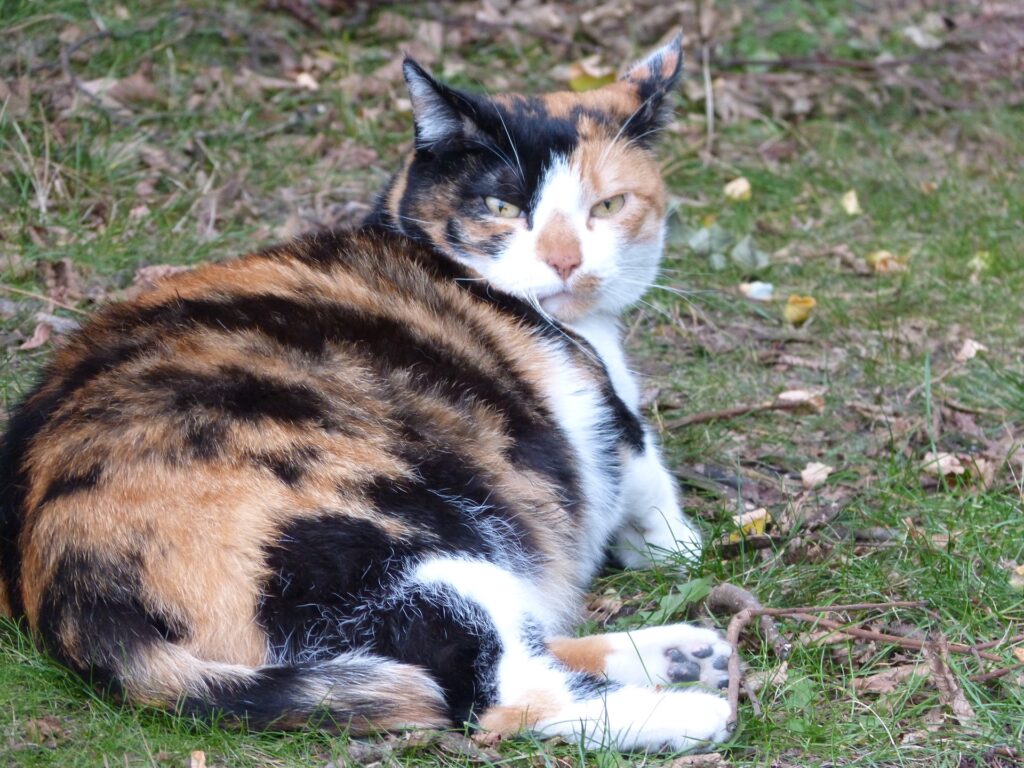 The toxicity of garlic and onion for cats results from the chemicals disulfides and thiosulphates. These compounds cause the oxidation of red blood cells, resulting in hemolytic anemia.

In addition to salt and spices, many other salami ingredients could prove harmful to cats.

For instance, cats shouldn’t have yeast in their diets. Neither should they consume stimulants like wine and vinegar.

Sugar isn’t safe for cats either. Too much of it could predispose your furball to chronic diseases like diabetes, hypertension, and heart disease.

Lastly, the fact that salami is typically cured (not fully cooked) means there could be risks of bacterial infections. Like any semi-cooked food, salami could harbor harmful bacteria like salmonella and E.coli.

So, Can Cats Have Salami?

Cats can eat salami but only in moderation and certainly not every day. It’s also important to ensure the salami you feed your cat is low in seasonings, spices, and other ingredients known to be potentially harmful to cats.