Butter is a staple cooking ingredient in numerous cuisines around the world. Due to its popularity, it’s not unusual that this product occasionally finds its way into our dog’s meals.

But is butter a healthy treat for dogs and can I freely share it with my pooch?

Unfortunately, dogs shouldn’t eat butter as the food is considered harmful for them.

Butter is worryingly high in fat. That’s already enough reason to avoid giving this product to your dog. And as you’re about to find out, butter is laden with many other ingredients that dogs shouldn’t eat.

If you’ve always been toying with the idea of sharing butter with your canine friend, you’d do well to read this article before you make that critical decision.

Butter is a dairy product manufactured from the fat and protein components obtained from churned cream.

Butter typically exists as a semi-solid substance at room temperature. However, the product can also exist in liquid or molten form. 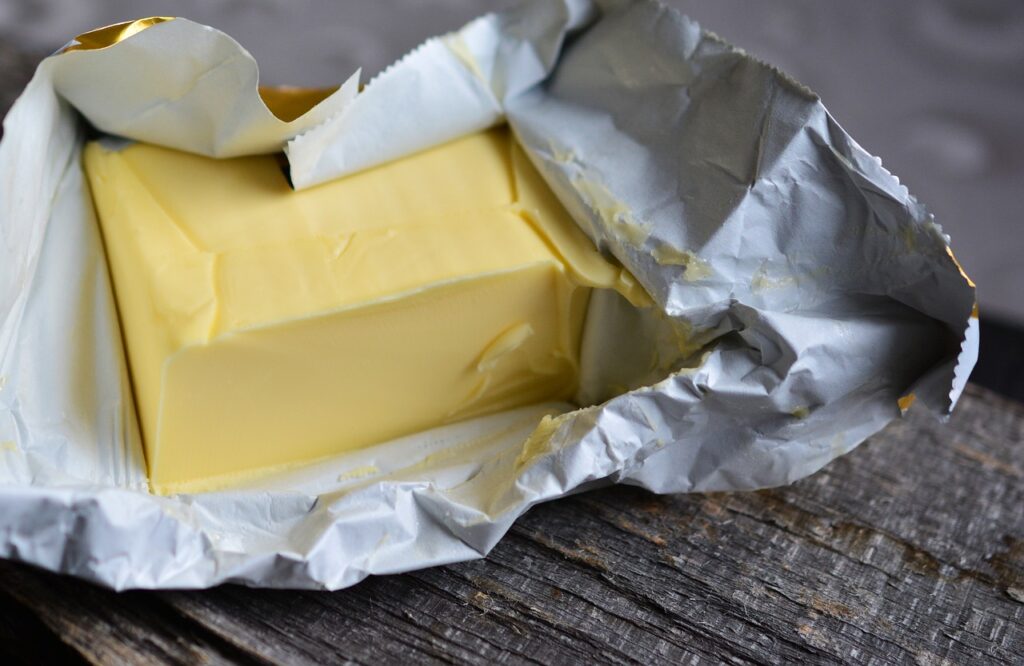 At room temperature, butter is commonly used as a spread. When molten, the product mainly serves as a condiment. And in liquid form, butter may be used as a replacement for regular cooking fat, as well as in baking and sauce-making.

As with most other dairy products, butter is typically obtained from cow’s milk. However, it may also be sourced from the milk of other common mammals, including goats, sheep, camels, and even wild animals like buffalo and yaks.

Related:  Help, My Dog Ate Aluminum Foil! What Can I Do?

1. Butter Is High In Fat

Fat is arguably the biggest downside of serving butter to dogs.

Worse yet, much of the fat in butter is saturated fats. Numerous studies indicate that consuming large quantities of saturated fats could increase the risks of certain lifestyle diseases, not only in humans but also in dogs.

As with other high-fat foods, the immediate health problem associated with butter is unhealthy weight gain. Obesity can predispose your dog to numerous health issues. The condition is mostly linked to joint problems like arthritis and hip dysplasia. That’s due to its ability to pile up pressure on your dog’s muscles and bones. Obesity in dogs could also lead to blood pressure and cholesterol issues, ultimately resulting in cardiovascular diseases like heart disease and arteriosclerosis.

Besides causing obesity and related complications, high-fat foods are also a major risk factor for pancreatitis. Pancreatitis is a medical condition marked by the inflammation of the pancreas. Fatty foods can either trigger this disease or worsen its symptoms. The symptoms range from abdominal pain to vomiting, diarrhea, fatigue, fever, and elevated pulse rate.

2. Butter Is High In Salt Too 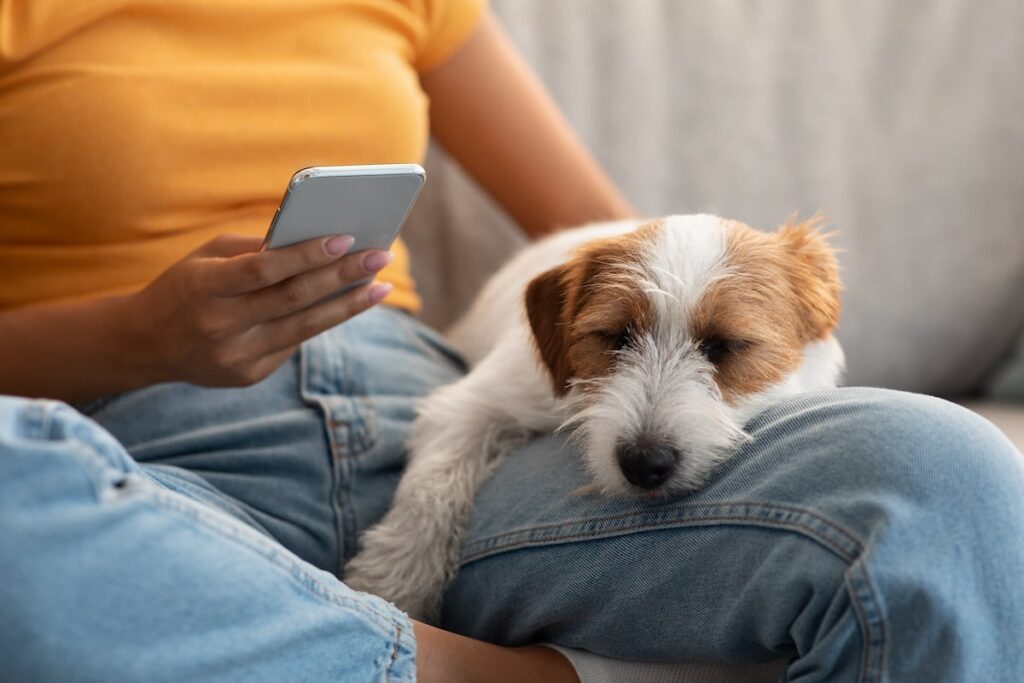 Salty foods are nearly as harmful to dogs as fatty foods. And the fact that butter is high in both fat and salt makes it all the more reason to keep this product out of your dog’s reach.

Sodium ion poisoning generally produces symptoms of kidney malfunction, such as frequent urination (followed by frequent thirst sensation), pain while passing urine, and dehydration. As the disease progresses, you may also notice other symptoms like vomiting, diarrhea, inappetence, rapid weight loss, and fever.

Suffice to say, sodium ion poisoning is fatal if untreated.

3. Butter Is a Dairy Product

Even if butter were low in fat and salt, the fact that the food is a dairy product makes serving it to dogs a terrible idea.

Many dogs are lactose intolerant. In other words, they have trouble digesting lactose, a common sugar in dairy products.

Exposure to lactose-containing foods like butter might induce vomiting and diarrhea in dogs. Other symptoms to expect include abdominal cramps and bloating.

Lactose intolerance in dogs is a result of the animals’ inability to produce lactase, the enzyme that digests lactose.

But why do puppies consume milk, you may wonder?

Well, all dogs are born with the ability to secrete lactase. However, they gradually lose that ability as soon as they’re weaned. That explains why your pups will be happy to gorge themselves on dairy milk while the same product could prove life-threatening to adult dogs.

We’ve already pointed out that butter can exist in different states, depending on the ambient temperature. They include liquid, molten, and solid states.

In its solid form, butter is usually hard enough to smash a face in. Therefore, attempting to swallow large chunks of the food could induce asphyxiation and even intestinal blockage in dogs.

Choking might also happen if your dog happens to have swallowed butter wrap.

5. Butter May Contain Other Toxic Ingredients

Butter contains lots of additives, which are incorporated for various purposes. They range from preservatives to flavorings, food colorings, etc.

Unfortunately, many of these compounds could prove harmful to your dog in the long run.

Xylitol, a common artificial preservative and sweetener, is highly toxic to dogs. Ingesting even a small amount of this compound could easily trigger a medical emergency.

Butter is one of the most versatile dairy products. However, the food contains numerous compounds that make it potentially harmful to dogs.

If you’re looking for a safer way to treat your canine friend, it would be best to consider food varieties that constitute his natural diet. Notable ones include beef, poultry, and seafood.