You’ve just come home from work and discovered that your dog helped himself to a bowl of cherries you left on the dinner table. There appears to be nothing off with the animal. At least not yet.

However, you can’t help but wonder if your pooch will come down with an illness any time soon. Indeed, your fears are justifiable, as many human foods are toxic to dogs.

But are cherries bad for dogs too?

That question shall be the focus of this post.

Dogs shouldn’t eat cherries. While small portions of the cherry flesh and skin are unlikely to harm your dog, consuming a considerable amount of this fruit could trigger several health problems for your four-legged friend.

Cherries are especially notorious for being reasonably high in cyanides. Cyanides are highly poisonous chemicals found in most plants, which are associated with severe toxicity in dogs.

Interestingly, there are numerous fruits that contain cyanides but are deemed safe for dogs. Examples include apples, mangoes, and peaches. The reason cherries are strongly discouraged for dogs is that the fruits have higher cyanide concentrations than many other fruits laden with the chemical.

Why Are Cherries Bad For Dogs? 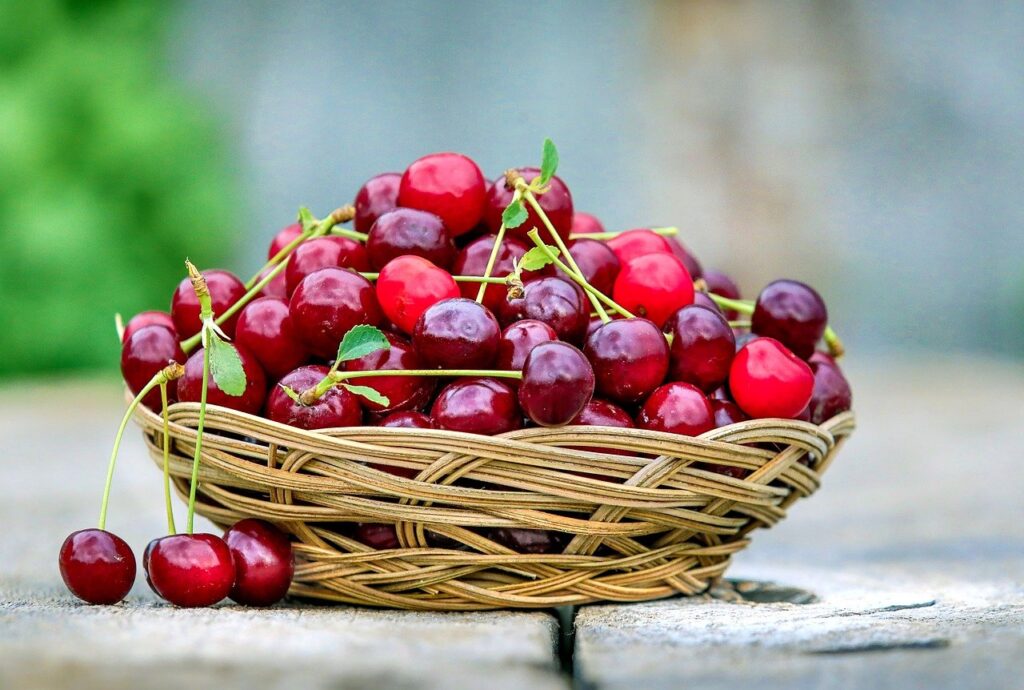 As we’ve just indicated, the biggest concern with feeding cherries to dogs is the high cyanide levels in these fruits. Cyanide is a toxic chemical associated with severe poisoning in dogs if ingested in large amounts.

Related:  Can Dogs Eat Sauerkraut? Is Sauerkraut Good For Dogs?

The cyanide compounds in cherries are more concentrated in the fruit’s pit. However, the chemicals are also worryingly high in cherry leaves, stems, and even roots.

When consumed, cyanides disrupt the supply of oxygen to various body parts. Oxygen deprivation (also known as ischemia) could lead to life-threatening conditions like anemia and gangrene. Common symptoms of cyanide poisoning in dogs include bright red gums, dilated pupils, labored breathing, coma, and even death.

In addition to the risks of cyanide poisoning, there are other reasons against letting your dog consume cherry pits, leaves, and stems. All these parts are largely indigestible. If swallowed, they might cause asphyxiation. Symptoms like dilated pupils, labored breathing, and hypersalivation all indicate that your dog could be choking on cherries.

Swallowing cherry pits or any other hard parts of the cherry plant may also lead to gastrointestinal blockage, also known as intestinal obstruction. Gastrointestinal blockage is even worse than choking as it means a dog can no longer eat because there’s no passage for anything that comes in. Without urgent medical interventions, your dog could succumb to the condition in a matter of days.

Cherry flesh appears to be the safest part of the cherry fruit that you can possibly share with your dog. The flesh provides a decent supply of essential nutrients, including dietary fiber, water, vitamin C, potassium, copper, and manganese. Not to mention a host of antioxidants like beta-carotenes and polyphenols. 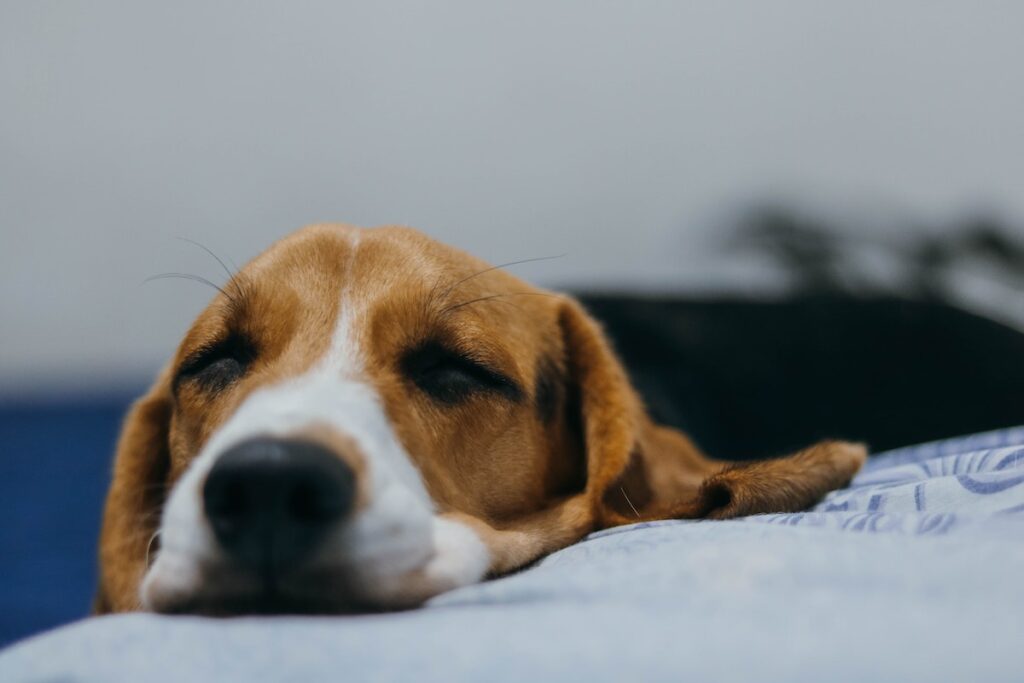 That said, the risks of feeding cherries to dogs seem to outweigh the benefits. Besides, cherry flesh may still cause gastrointestinal upset and even allergic reactions in dogs. That’s especially if sharing this fruit with your canine friend for the first time. Common gastrointestinal symptoms to keep your eyes out for include vomiting, diarrhea, flatulence, and abdominal discomfort. In the case of allergic reactions, you might expect gum inflammation, throat irritation, skin hives, labored breathing, and fatigue.

Cherry flesh is also loaded with sugar. Excess consumption of sugary foods may lead to blood sugar spikes in your dog, exposing him to related diseases like type 2 diabetes and obesity. And just like in humans, sugar-rich foods could cause tooth problems for dogs. It’s worse if your pooch doesnt receive sufficient oral and dental hygiene.

There are several cherry cultivars that do not contain the cyanide-laden pit. A notable example is the maraschino cherry.

Since pitless cherries present minimal risks of cyanide poisoning in dogs, it’s intuitive to imagine that they’re safer for your canine friend. However, that’s not exactly true.

Pitless cherries are still loaded with worrying amounts of sugar. And as we’ve already pointed out, consuming too much sugar could lead to tooth issues in addition to predisposing your dog to blood sugar-related diseases like type 2 diabetes.

Cherries are inherently bad for dogs. That automatically makes cherry-flavored foods potentially harmful to dogs too.

But here’s the thing – most cherry flavors are actually made from artificial flavorings. Most of these chemical additives could prove far much worse for your dog than natural cherry flavors.

Are There Safer Cherry Alternatives For Dogs? 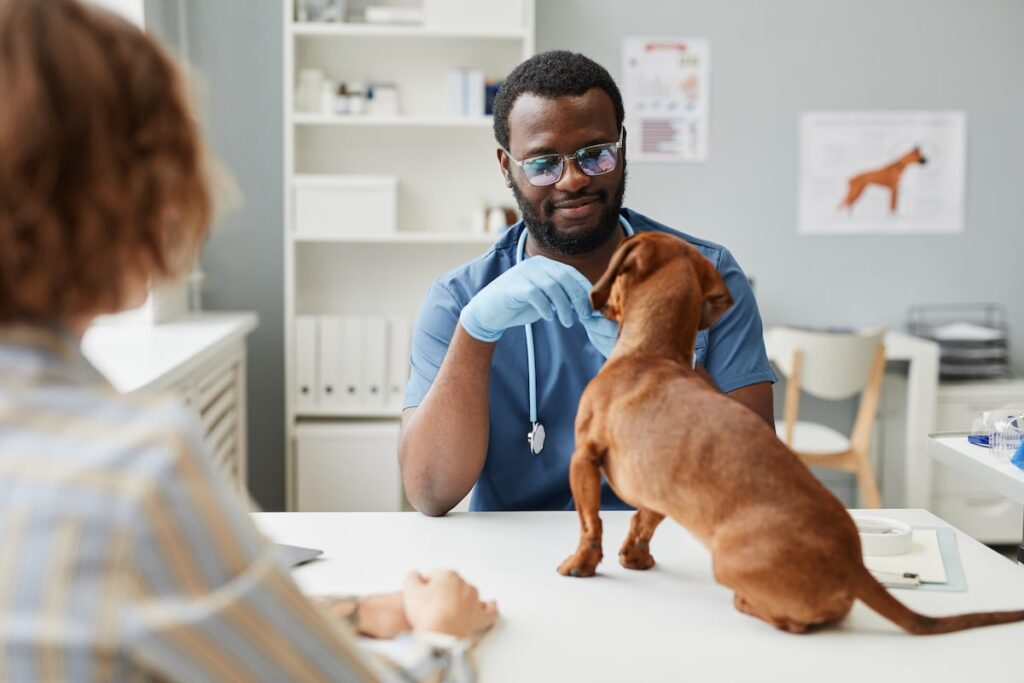 There’s a plethora of safer cherry alternatives that you can explore.

First off, it’s always important to insist on food products that constitute a dog’s natural diet. These mainly include animal-based products like beef, poultry, and seafood.

If you’re looking for healthy plant-based foods to add to your canine’s diet, prioritize legumes like rice and lentils. Besides boosting your dog’s protein intake, rice and legumes may also ease indigestion in dogs.

Related:  Help, My Dog Ate Aluminum Foil! What Can I Do?

Leafy vegetables are other recommended plant-based foods you can give to your dog. Common options include kales, broccoli, cauliflower, spinach, and carrots.

And when it comes to fruits, consider those low in cyanides and other toxic compounds. There’s a long list of options in this category as well, including watermelons, apples, mangoes, blueberries, strawberries, kiwi, etc.

Cherries may provide a range of health and nutritional benefits for humans. But the fruits are unsafe for dogs mainly due to their worrying levels of cyanides. Fortunately, there are numerous healthier foods that you can feed your dog as alternatives to cherries.