Ginger is widely considered a superfood, thanks to its abundance in essential minerals and vitamins. The plant is also famous for its distinctive smell and flavor, which can transform any bland food into a yummy treat.

In light of its numerous health and nutritional benefits, it’s understandable why many dog owners do not think twice about sharing ginger with their canine friends. But can dogs eat ginger?

Fortunately, dogs can safely eat ginger. Ginger doesn’t contain any toxins that may trigger an immediate trip to the vet. Besides, the plant packs many essential nutrients that your pooch may immensely benefit from. Not to mention its ability to add a delectable flavor to your dog’s regular food.

However, when it comes to ginger for dogs, moderation is key. Like most plant-derived foods, ginger is safe for your dog only if fed in moderation. Excess consumption of this plant could leave your pooch nursing a wide range of adverse effects.

If you’re a loving and responsible pet parent who’s always wondering whether dogs can eat ginger, this article is for you. Read on as we unpack everything there is to know about dogs and ginger. 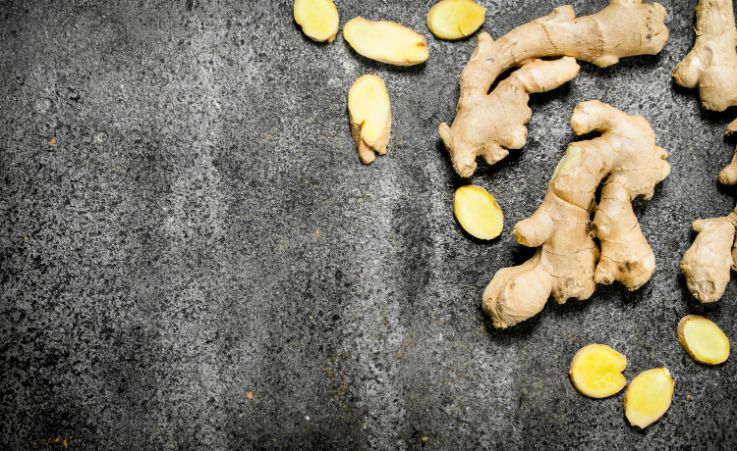 Ginger, botanically known as Zingiber officinale, is a flowering plant cultivated for its rhizome (which is also known as ginger or ginger root). The plant has been used as a spice and in folk medicine from time immemorial.

Ginger belongs in the family Zingiberaceae. That’s the same family that includes turmeric, cardamom, and galangal, all of which are noted for their distinctive taste and high nutritional value.

Ginger traces its origins in Maritime Southeast Asia and is believed to have been first domesticated by the Austronesian people. However, the plant is now naturalized in many locations worldwide and is one of the most widely cultivated crop in the Zingiberaceae family. In 2019, some 4.1 million tons of ginger were produced worldwide. India remains the biggest producer, accounting for more than 40% of the global ginger production.

Related:  Dog Ate Uncooked Rice? Here’s What You Should Know!

A 100-gram serving (about 3.5 ounces) of ginger provides the following nutritional value;

Note that the above RDV values are based on human consumption. That said, numerous studies indicate that ginger may be just as beneficial to dogs as it is to humans. 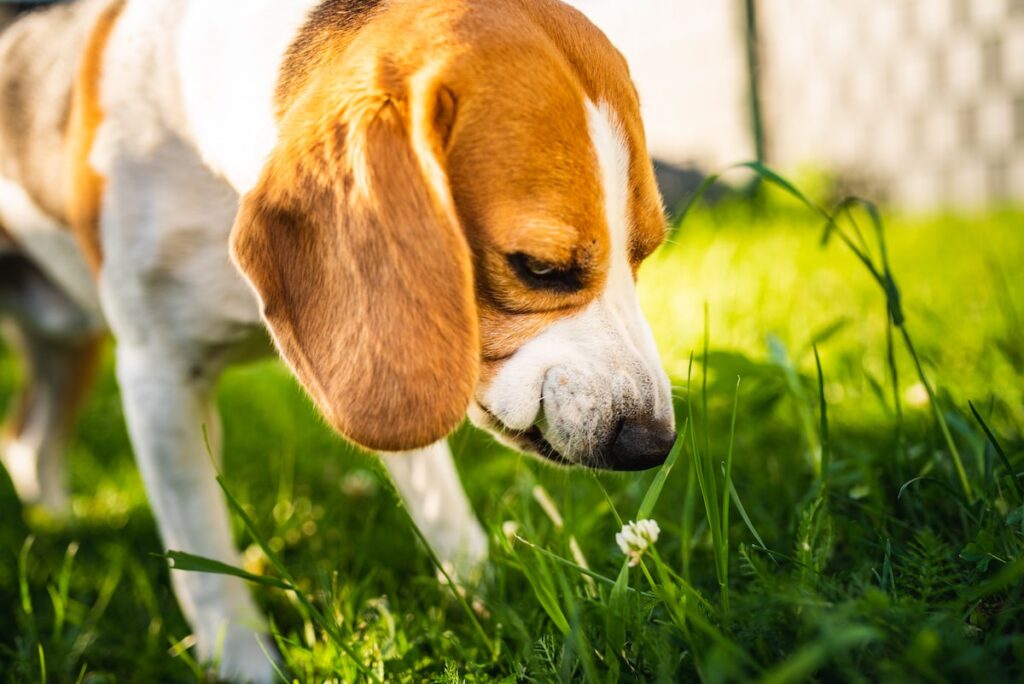 Ginger is fairly high in dietary fiber, a nutrient renowned for its positive effects on digestion.

Soluble fiber readily dissolves in your dog’s gut, where it’s fermented into essential nutrients required by the animal’s gut microbiota. Studies have established that keeping gut microbiome healthy might help to lower various digestive diseases, such as a leaky gut and inflammatory bowel disease (IBD).

On the other hand, insoluble fiber moves through your dog’s stomach undigested. In the process, the fiber adds bulk to stool. Bulkier stools consequently improve bowel activity, a phenomenon that may help to ease constipation and stomach upset.

About 80% of raw ginger constitutes water. With such a high water content, ginger may be a perfect recommendation for dogs facing acute dehydration.

Mixing moisture-dense foods like ginger into your dog’s diet is a proactive way of getting the animal to drink enough water. This can be particularly helpful for sick dogs who may not be able to meet their recommended daily water intake.

Ginger has long been used as a weight loss supplement, thanks mainly to its positive effects on metabolism. It turns out that the plant contains several nutrients that make it an excellent recommendation for dogs battling unhealthy weight gain. Of notable mention are dietary fiber and water.

The combination of fiber and water can make your dog feel fuller for longer after meals. This can help to curb hunger pangs between meals, ultimately reducing the risks of unhealthy weight gain caused by overeating.

Ginger’s efficacy against nausea has been widely documented. Ginger-infused drinks continue to be prescribed for people undergoing certain treatments associated with nausea and vomiting, such as chemotherapy and certain types of surgery.

Many studies and anecdotal evidence also suggest that ginger may be highly effective against pregnancy-induced nausea which causes morning sickness.

5. Ginger May Lower the Risks of Chronic Diseases 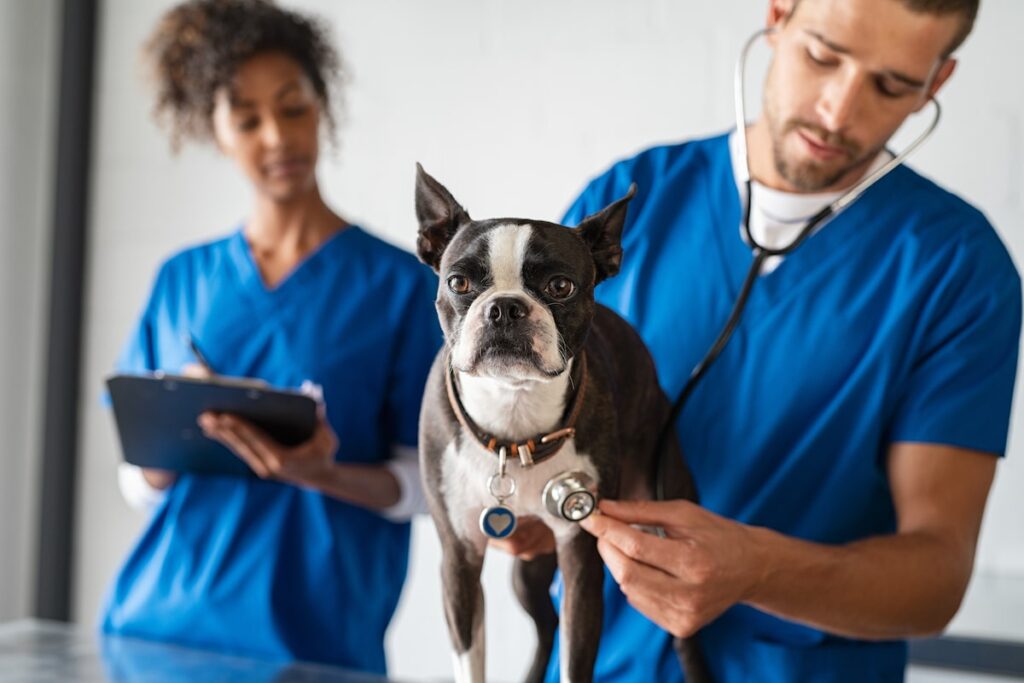 Ginger is chockfull of antioxidants, compounds that lower the risks of disease by reducing oxidative stress caused by the over-accumulation of free radicals in body cells.

Gingerol is the primary bioactive compound in ginger and the substance that accounts for most of the plant’s antioxidant properties.

Are There Side Effects To Beware Of?

Ginger is perfectly safe and potentially beneficial to dogs if fed in moderation. However, feeding your dog too much ginger might trigger certain gastrointestinal complications. Symptoms like vomiting, diarrhea, and abdominal discomfort all indicate that you might have served your dog more ginger than his rightful share.

Ginger has also been shown to aggravate blood disorders, such as hemophilia and even diabetes. That’s due to the plant’s effects on blood circulation and clotting. Studies have shown that ginger can lower blood pressure, blood sugar, and blood clotting. Therefore, dogs with these underlying conditions should avoid ginger.

Pregnant and lactating dogs should also stay away from ginger. The same is true for sick dogs or canines recovering from surgical operations.

Last but not least, ginger may interact adversely with certain medications. Therefore, it’s important to talk with your veterinarian before incorporating this food into your dog’s regular diet. 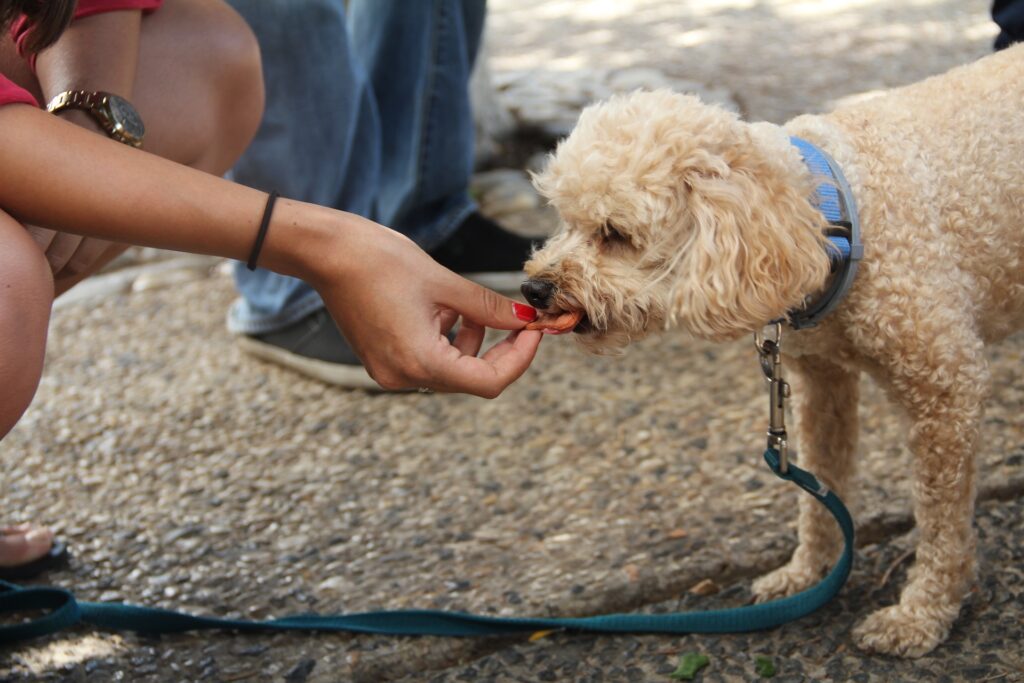 Ginger is one of the many plant-based foods that dogs can safely eat.

For starters, ginger doesn’t contain any compounds known to be toxic to dogs. Besides, the plant is chockfull of vitamins and minerals that your dog might find useful.

However, it’s important to note that ginger is usually not a staple ingredient in canine diets. So, if you must share this spice with your pooch, be sure to moderate the portions. This will prevent your dog from suffering any severe adverse effects.