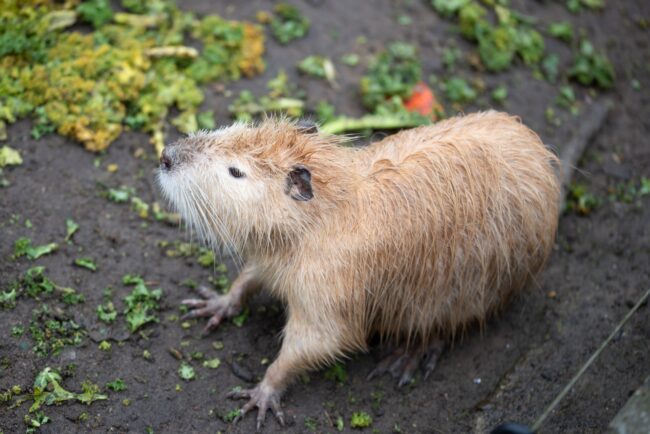 Have you ever had the opportunity to taste beaver meat? The furry animals that spend a lot of time in the water are pretty common meat in the south of America.

Mostly eaten after a wild game hunt, they are considered to be a delicious meal. Not only is the meat of the beaver eaten, but its flat, scaly tail is also eaten as a delicacy.

You may wonder if that is even possible. It is, and very much so. So, can you eat beaver tail? Yes, absolutely!

But the tail of the beaver animal and the fried Canadian pastry Beaver Tail should not be confused with each other.

Although the dough-like pastry looks very much like a real beaver’s tail, it tastes nothing alike as it is made of dough and yeast, and sugar. Pretty much like a donut but breadier than one.

More about the pastry

This pastry originated in Ottawa, Canada, and is one of the very popular foods in Canadian cuisine. They are enjoyed with chocolate syrup or sugar glaze or powdered sugar, and a plethora of other yummy options, much like the donuts.

The animal beaver tail, though, has no sweetness in it. It is full of fat and a rich oily taste. It is a piece of common knowledge, although scoffed at by some, many believe that the old mountain men trappers considered them as a delicacy.

If you have never had beaver tail or beaver meat, you might be wondering what that is like. You may not be familiar with it or even imagine that it could be something people eat, but it is very common as a hunting game.

They are not very common in markets or restaurants, so it can be quite difficult to procure some beaver meat or beaver’s tail. Unless you enjoy hunting and like to hunt for sport. Then you may find some beaver to feed your curiosity.

Interestingly, back in the day, the catholic church had even declared beavers as fish. They do taste quite fishy but are rodents, not fish. But the church argued that since they lived in water so much, they might as well be fish. This would then give permission for beaver meat to be eaten as a Lental meal during lent.

How is the taste?

As to what the beaver meat tastes like, it is said to have a very tough and chewy texture. Some even compare it to bear meat. Or the meat of the squirrel. It is red and packed with protein and can also be compared to rabbit meat in that sense.

It tastes gamey and fish-like. It has a lot of fat on it, so it tastes pretty oily and fat too.

People make beaver jerkies and pies out of the meat. Or even simply grill it and enjoy the meat. One of the best ways to eat it would be as a stew. Beaver’s tail, on the other hand, tastes less meant and fattier.

It is mostly only fat and some muscles and meat in it, but the meat that does exist is very tender and delicate.

It is rich and white and tastes musky. It is very soft and delicate and becomes gooey like bone marrows. It doesn’t have much of a distinct taste, but you could enjoy it with some bread or biscuits.

How to Cook Beaver’s Tail

There are a few different ways to cook and enjoy Beavertail. The method depends entirely upon you and how you would prefer it.

If you want a more charred and meaty taste, then go ahead and grill it or simply put it over coals. One of the popular ways to cook it would be to cook it over the flames of your cook.

You’d need to cook it on both sides. The tail has scale-like structures on it, and once you have it separate from the beaver’s body, you could just put it on the grill.

You will slowly notice that the tail would start to curl upwards like a scorpion, and the skin would begin to cook and char. Turn it on the other side and let it cook thoroughly too.

Once it’s cooked, you could eat it as it is by slicing the tail don the middle and scooping the gooey bit with some bread.

Or you could scrape off the charred bits and the skin and then put it in boiling water with some light seasoning and let it cook for an hour.

You could then take it out to cool and serve it cold with some biscuits. It will make you a night for some interesting conversation with some very interesting meat.

The meat should be soft and buttery, creamy and rich- almost melt in your mouth.

Can You Eat Beaver Tail?

If you’re adventurous and want to try new cuisine and food, then you can give it a try. You may even love it. But it should be noted that it may not be considered a delicacy by everyone. We all have different tastes, after all.

You can have both beaver meat and its tail for its protein richness too. It contains a lot of heavy vitamins and red meaty protein, which can be very healthy.

While eating a beaver may sound odd or even unheard of, it surely isn’t in South America. That said, if you have never tried it before and would like to do it now, go ahead.

Trying out beaver tail and beaver meat can be an adventurous experience. Especially if you hunt them on your own. Even if you are not a fan of the taste, the fun you have trying something new will definitely count towards a good experience.