Cats are arguably the most mysterious pets ever to have been domesticated by humans. Every moment spent in their presence is an opportunity full of potential surprises.

But while you can learn much about your cat by spending quality time with him, some cat facts can only be found in historical records and other pet publications. We’ve put together the 30 most riveting facts about cats that will test and expand your knowledge about your feline housemate.

According to certain records, humans domesticated cats around 3,600 B.C.E. That’s more than 2,000 years before the emergence of Ancient Egypt.

While feline domestication precedes Ancient Egypt, the oldest cat breed to be domesticated traces his origins to Ancient Egypt. It comes as no surprise that the breed was named The Egyptian Mau.

Related:  Everything You Need to Know About Resorptive Lesions In Cats

3. Housecats are closely related to tigers 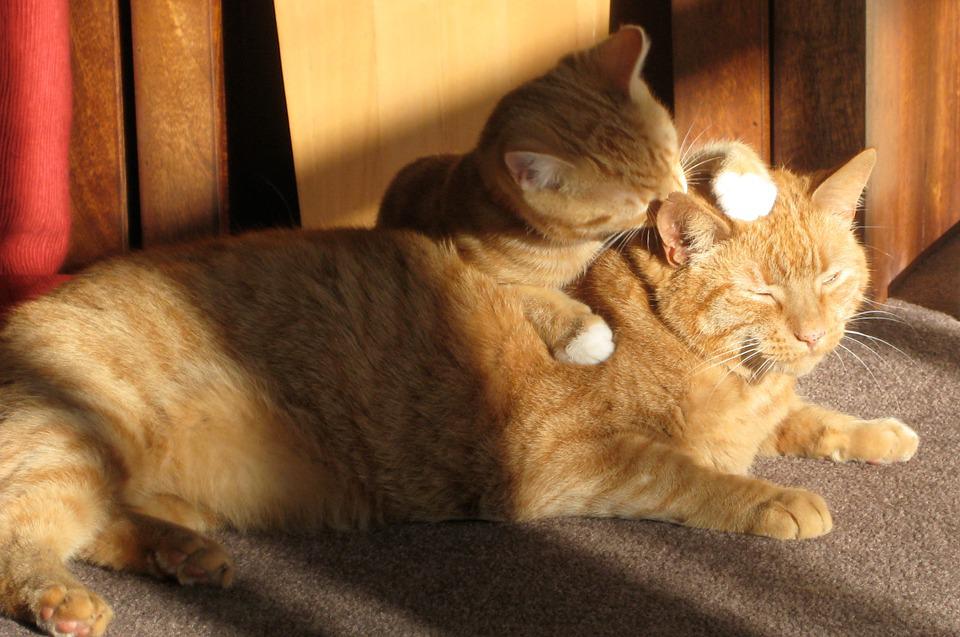 They may live in different habitats. But housecats and tigers share more than 95% of their genetic makeup.

4. But the tiger is not a housecat’s only wild relative

Cats, like dogs, have numerous wild cousins. Besides being closely related to the tiger, your feline friend also shares a considerable portion of his genetic makeup with lions, leopards, cheetahs, pumas, etc.

5. A hyena is genetically more related to a cat than a dog

I can bet you didn’t see this one coming!

The domestic cat may be much smaller than his canine counterparts. But the scenario seems to be the opposite in the wild, where lions are way bigger than wolves, jackals, etc.

7. A kitten has 4 teeth less than an adult cat

8. Cats do not have sweet taste buds

Cats cannot taste sweet flavors due to a genetic mutation affecting some of their key taste receptors.

You must have noticed that your feline friend tends to slant his entire head when munching on his favorite kibble. That’s because the animal cannot move his jaws sideways. 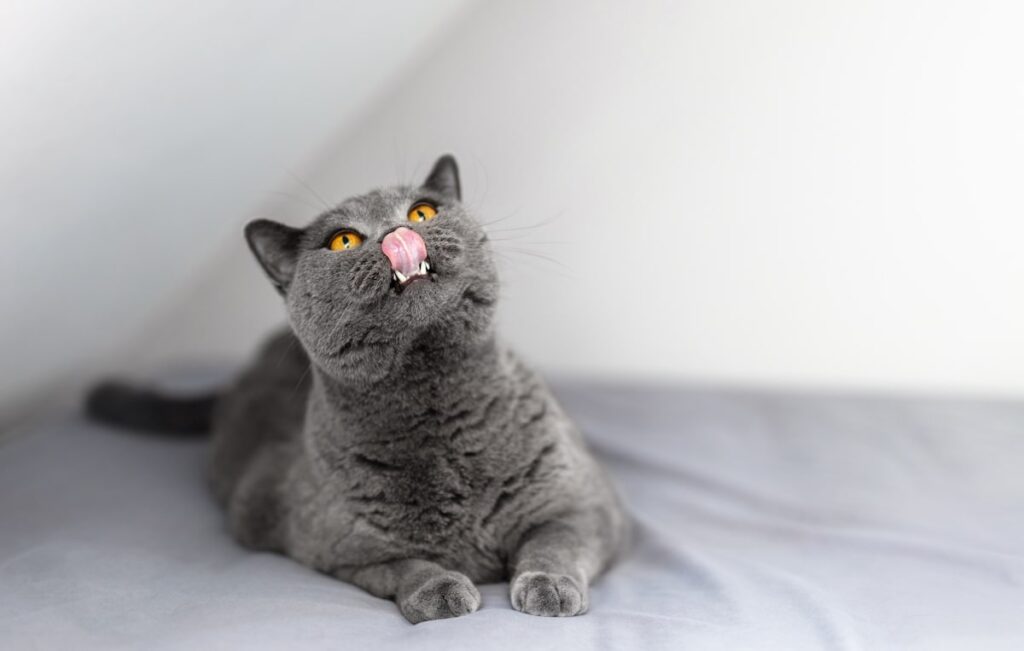 Adult cats do not have the enzyme lactase used to digest lactose, the main simple sugar in milk. Milk consumption in cats is associated with lactose intolerance. The condition mainly presents as vomiting, diarrhea, and abdominal discomfort.

Interestingly, kittens can safely consume milk. That’s because they’re born with the enzyme lactase. This enzyme begins to disappear after a cat is weaned, which explains why adult cats are highly sensitive to milk and other dairy products.

11. Catnip is a cat’s ecstasy drug

Catnip (also known as catmint) is the feline version of the human ecstasy drug. The herb contains the chemical nepetalactone, which cats are able to detect using receptors in their nose and mouth. When sniffed or swallowed, nepetalactone can lull your cat into a trance.

Related:  Why Do Cats Groom Each Other?

12. The herb affects wild cats too

Catmint produces the same effects in wild cats, including tigers, leopards, and lions.

13. But not all cats are affected by catnip

Despite its reputation for inducing psychedelic effects in felines, studies have found that over half of the world’s cats are unaffected by catnip.

14. The fastest cat is faster than Usain Bolt

A housecat can easily achieve speeds of about 30 mph. That’s faster than the fastest man on the planet – Usain Bolt.

15. Cats can leap more than five times their height

Some studies indicate they can leap even higher when spooked or super excited.

Housecats can make over 100 different sounds. That’s enough to rank them among the world’s most vocal animals.

17. Cats only meow for humans

Meowing is strictly a way of communicating with humans. You’ll rarely catch your cat meowing to fellow cats or other pets. There’s only one exception where mother cats occasionally meow to try and locate their kittens. 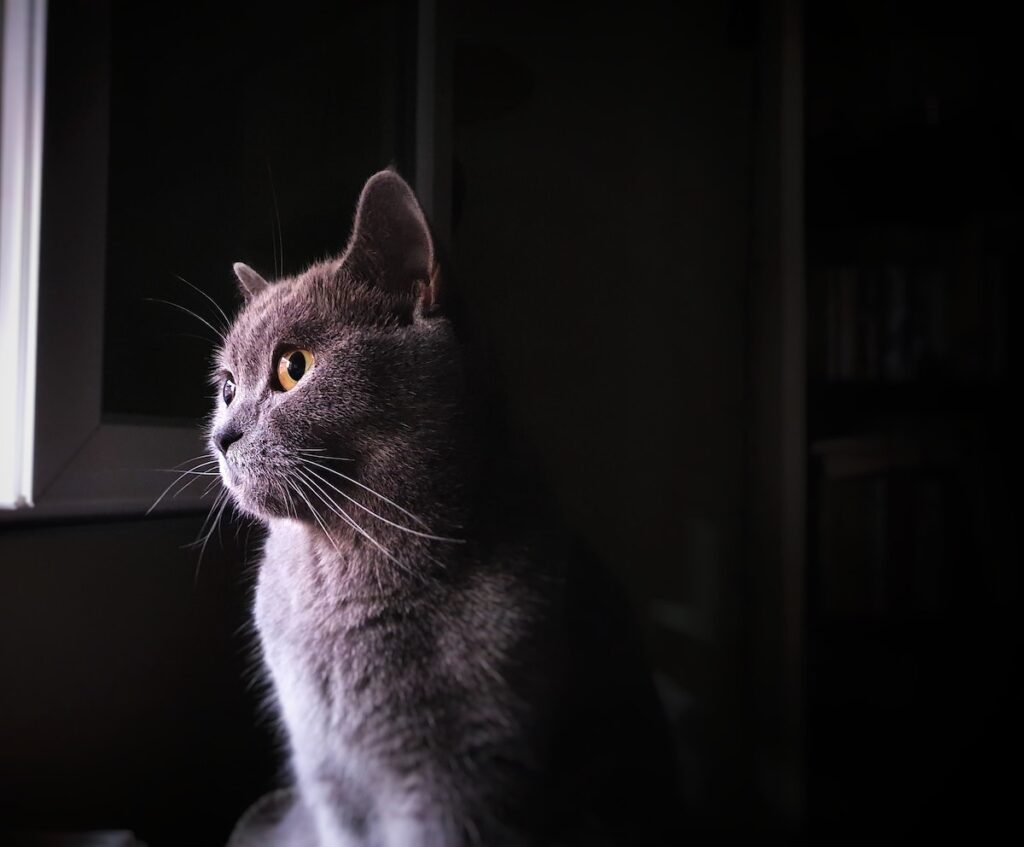 Cats can only pick up images located a couple of meters away. However, they excel humans in peripheral and night vision.

A cat is one of the many animals whose ears can move independently. Cat ears can also move more than 180 degrees around.

20. Sleeping and grooming take up a huge chunk of a cat’s time

Two-thirds of a cat’s day is dedicated to sleeping. And half of their waking hours goes to grooming. That leaves only a few hours for playing and prowling.

21. A cat’s whiskers help him move about

Besides being incredibly cute, your cat’s whiskers also help the animal detect changes in his surroundings.

Whiskers are also highly sensitive. That explains why many cats will not eat from a tight food bowl as such bowls only irritate their whiskers.

Another fun fact about cat whiskers is that they’re not only located on a cat’s face. They can also be found on the back of their front legs.

Related:  Cat Scratching Itself Raw? Here’s What It Could Mean!

According to the Guinness Book of Records, the oldest cat lived for 38 years and 3 days. Named Crème Puff, the cat lived between August 1967 and August 2005. He was from Austin, Texas.

When Ben Rea, a wealthy British antique dealer, died in 1988, he left his entire estate worth £7 million or $12.5 million to his cat Blackie. That works out to $26.7 million in today’s dollars.

Just like humans, cats can be right- or left-pawed. Studies indicate that male cats generally favor their left paws while females favor their right paws.

25. Cats have a toe less on each of their hind paws

Despite their reputation for cleanliness, cats don’t always cover their poop. Some researchers attribute this behavior to an act of territoriality and aggression.

Black cats are seen as bad luck, especially in Africa and various parts of North America. But in Australia and the UK, black cats are actually the bearers of good fortune.

Yes, cats can detect storms, fires, and even ghosts in their surroundings.

29. A group of cats is called a clowder

And a group of kittens is called a litter or kindle.

Stray cats refer to cats that have been momentarily separated from their owners. On the other hand, feral cats want nothing to do with humans and prefer living in the wild.

Although stray and feral cats may share 100% of their DNA, environmental factors can predispose them to different behavior patterns.

Cats will continue to hold on to their mysterious reputation for many years. Even though humans have made considerable strides at figuring these animals out, we’ve only scratched the surface.