Vomiting and refusing to eat are the most common signs of an underlying illness in cats. However, sometimes, it can indicate a potentially life-threatening condition like diabetic ketoacidosis. This fatal condition is often diagnosed in pets not known to be diabetic earlier so the pet owner faces two serious challenges.

In this post, let us try to learn more about diabetic ketoacidosis in cats, its symptoms and implications and some of the most effective ways to deal with vomiting and appetite loss associated with this problem.

A complication of diabetes mellitus, diabetic ketoacidosis is a life-threatening medical emergency seen in cats. When a cat develops diabetes mellitus, it does not produce sufficient insulin to process the glucose it takes in. This situation gets worse and ultimately to the point where there is no insulin to transport sugar to body cells. This condition is called diabetic ketoacidosis. The cells signal that they are in need of a source of energy.

As the body is unable to use glucose, it begins breaking down fat. The liver converts fat into energy for the cat’s body and produces ketone bodies as well. Ketones can be toxic to the body, resulting in an electrolyte imbalance and increased acid in the blood. Such imbalances with a loss of glucose cause dehydration which creates more acid and imbalance. This cycle can turn fatal if it continues.

A cat can suffer from diabetic ketoacidosis if it has untreated or undiagnosed diabetes. It also occurs when the cat has poorly-regulated diabetes. Most cats affected by this condition are lethargic, depressed and refuse to eat. Their blood glucose levels are high and ketones are present in the urine. Treatment of feline diabetic ketoacidosis involves close monitoring of blood glucose and the reversal of the condition.

Related:  Quality of Life Scale For Cats – A Complete Guide To HHHHHMM Scale 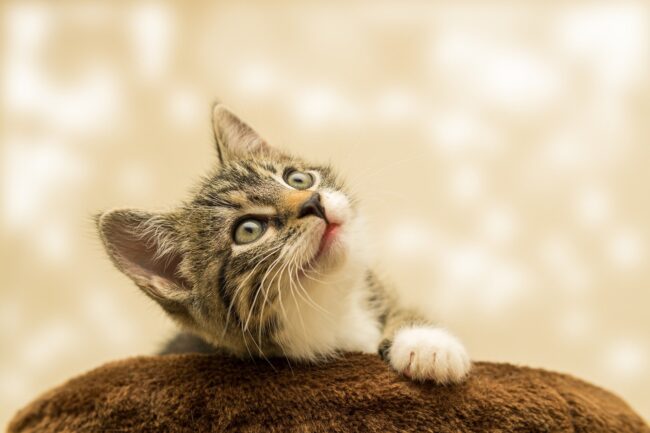 Diabetic Cat Not Eating? Here’s What To Do

When a cat is diagnosed with diabetes, it is necessary that it follows a consistency in its everyday schedule, including what and how much food it eats. However, for many reasons, a diabetic cat may not eat. This will further complicate the condition, particularly if it receives insulin relative to its everyday calories. Its blood glucose levels can fall greatly and lead to serious complications.

Some of the common reasons your diabetic cat doesn’t eat include the lethargy from diabetes itself and other more complicated situations like diabetic ketoacidosis. In this medical condition, the metabolism of the cat and its diabetes are unregulated and the body starts metabolizing fat for energy supply. This creates ketones that make the cat sick, causing lethargy, appetite loss, nausea and vomiting.

Other reasons for a diabetic cat not eating are dental problems, kidney issues, pancreatitis, fatty liver, inflammation of the liver, urinary tract infection and inflammation of the bowel that diabetic cats are likely to develop. If your diabetic cat does not eat, you should first consult your vet who will check for disorders like pancreatitis, diabetic ketoacidosis or urinary tract infections. He can also advise on adjusting the cat’s insulin dosage to suit the reduced food intake. If needed, the vet can prescribe appetite-stimulating medications to get the cat eating again.

Vomiting is not a common symptom of diabetes in cats. However, it is something you should watch out for if a cat is being treated for diabetes. Vomiting can indicate a lot of things including the possibility of diabetic ketoacidosis and improper regulation of blood glucose. If a diabetic cat starts vomiting, it doesn’t always suggest a diabetes-related problem. Some other symptoms to consider include severe lethargy, increased thirst and appetite loss.

Another common reason a diabetic cat vomits is pancreatitis. Though it is difficult to diagnose this condition, it should be a consideration when vomiting is a problem in diabetic cats. It is believed that half of the diabetic cats have chronic inflammation of the pancreas. At times, this condition causes vomiting and loss of appetite. Such cats should be monitored closely until they recover because their insulin dosage depends on their changed diet.

There are several other reasons a cat can vomit, regardless of its diabetes. Some of the most common causes include inflammatory bowel disease, kidney problems and gastroenteritis. Any presence of chronic condition can be confirmed after blood tests, x-rays and biopsies. So, when a diabetic cat vomits, its blood glucose level should be checked to confirm whether the vomiting is due to diabetes or other reasons. Your vet can suggest the best treatment depending on the condition. 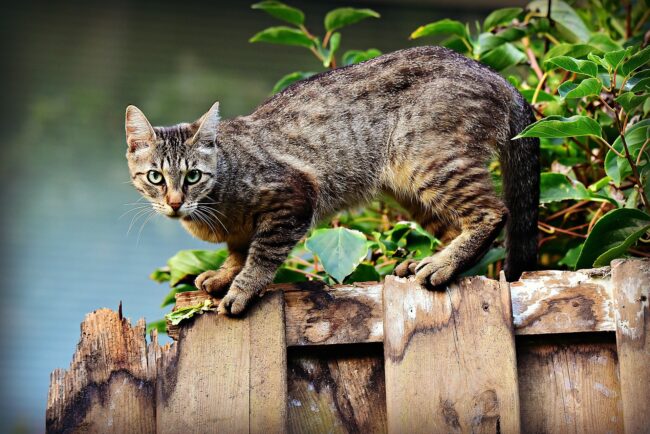 Vomiting white foam can be a concern for cat owners and it is important to pay attention to other symptoms to make sure it doesn’t turn into a fatal complication. There are many reasons a cat can vomit white foam. The most common causes include indigestion, gastritis, irritable bowel syndrome and pancreatitis. Some other causes of vomiting white foam include parasitic infections and kidney disease. It is necessary to monitor the blood glucose levels of your diabetic cat when it vomits white foam to make sure it is not affected by diabetic ketoacidosis.

Sometimes, your cat can vomit white foam when it has ingested its fur and it builds up in the stomach. Throwing up only white foam and not fur indicates a risk of white balls. If the cat vomits multiple times in a week, you should take it to the vet for evaluation.

How Much Should Cat Eat Before Insulin?

This is a question with several opinions from the medical community. Some veterinarians would recommend putting the cat on a strict schedule of insulin and feeding. This means if your cat needs two injections in a day, you should feed it an hour before and four hours after the insulin. Some other vets would say insulin should be given either immediately before or after feeding.

Sometimes, your diabetic cat may refuse to eat and your rigid schedule may not work. Free-choice feeding system seems to be optimal. You simply control how much and what your cat eats and give insulin whenever needed. A great way to keep things under control is to feed the cat before giving insulin so that you know that it needs the dose. This way, you don’t have to worry about its blood glucose level dropping if it doesn’t eat after taking insulin.