Adding a new dog to your family is one of the most rewarding experiences. But as the animal tries to settle into his new home, you soon realize that he deserves to be called by a suitable name.

Contrary to what many pet parents believe, finding a befitting name for your furry friend doesn’t have to be a painstaking process. That’s due to the plethora of inspirational sources to borrow from.

For instance, you could name your canine friend after a famous historical figure, mythical creature, celebrity, etc. You could even become a little more creative and give the animal a name that’s totally unique to them. The only requirement is that the name must fulfill the three core requirements, namely catchiness, memorability, and cute-sounding.

Have you been struggling to find a perfect name for your female dog? Well, you’ve come to the right place. The following is a definitive list of 150 fanciest names you could ever give to your girl dog. 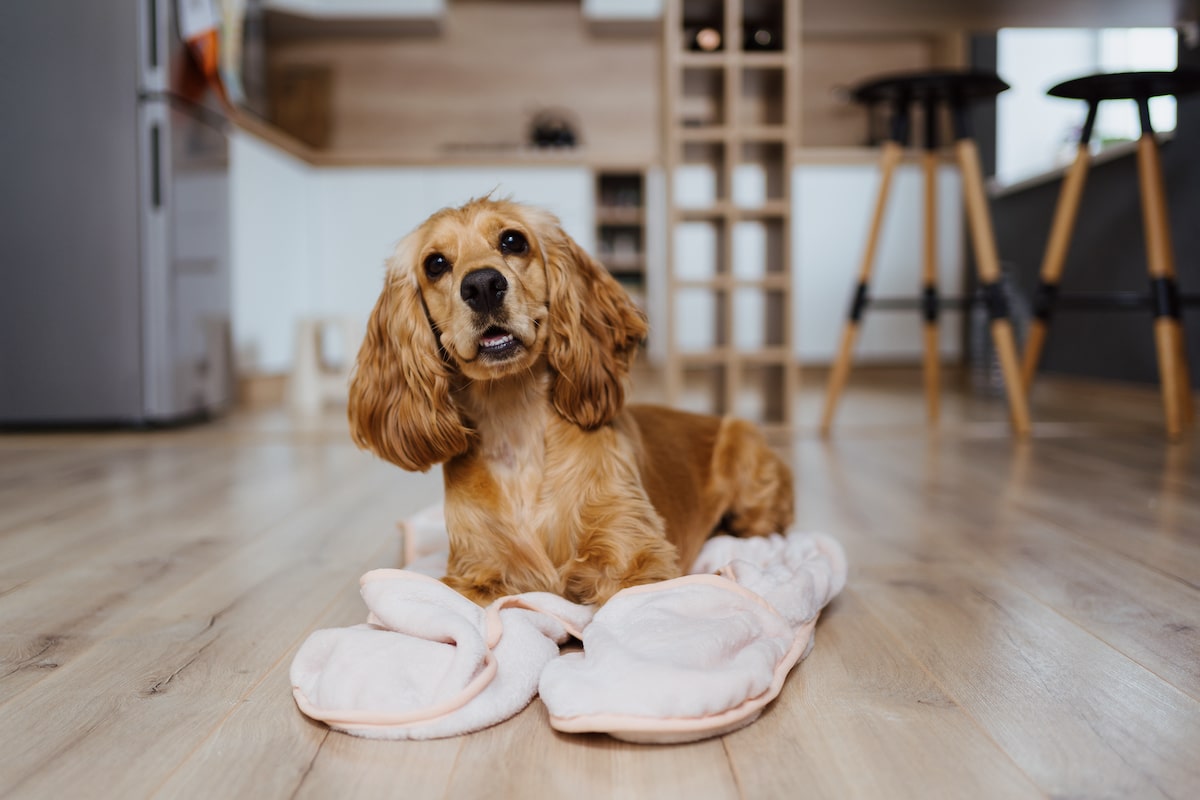 1. Abbie – Short for ‘Abigail,’ which is Hebrew for ‘Father of exaltation.’
2. Ada – Short for ‘Adaline,’ ‘Adelaide,’ and ‘Adal,’ all of which have a Germanic origin that mean ‘Noble.’
3. Adeen – Arabic for ‘righteous’ and ‘obedient’ or Irish for ‘little fire.’
4. Adria – Short for ‘Adriana,’ which has a Latin origin that means ‘from Hadria.’
5. Alaine – From Old German word ‘Alaina,’ which means ‘precious,’ ‘awakening,’ or ‘sun ray.’
6. Alexa – The feminine version of the Greek-derived name Alexander, which makes it perfect for your female dog.
7. Alexis – A unisex name that’s perfect for dogs and bitches alike; it’s Greek for ‘defender.’
8. Alice – A fairly common name, but one that has never lost its magical appeal; the name is derived from German and means ‘of the nobility.’
9. Aliyah – Hebrew for ‘heavens’ or ‘highborn.’
10. Alison – A fancy variation of ‘Alice.
11. Amara – A Nigerian name that means ‘mercy’ or ‘kindness.’
12. Amelia – Derived from the Germanic word ‘amal,’ which means ‘work.’ That makes it perfect for your industrious female dog.
13. Amy – Old French for ‘dearly beloved.’
14. Anastasia – A Greek-inspired name which means ‘resurrection.’
15. Andrea – Feminine for ‘Andrew’ or French for ‘brave.’
16. Angela – Latin for ‘messenger of God.’
17. Annabelle – A combination of the Hebrew word ‘Ana’ which means ‘favored’ and French word ‘Belle’ which means ‘beautiful.’
18. Aria/Ariel – Hebrew for ‘Lion.’
19. Ashley – Another gender-neutral name on this list that’s perfect for dogs and bitches alike; the name has an English origin and means ‘Ash tree meadow.’
20. Atari – Means ‘good,’ and pretty much conveys what you think of your female canine friend.
21. Athena – Inspired by the Greek goddess of wisdom.
22. Audrey – English for ‘noble strength.’
23. Aurora – Roman goddess of sunrise, also Latin for ‘dawn.’
24. Avery – Old English for ‘elf counsel.’
25. Bailey – Old English for ‘berry clearing.’
26. Bella – French or Italian for ‘beautiful.’
27. Bonnie – Scottish for ‘charming.’
28. Brianna – Celtic for ‘strong’ or ‘ascension.’
29. Briella – A fancy American version of Gabriella.
30. Brooke – Old English for ‘small steam.’
31. Camila – Spanish and Portuguese versions of a Latin word that means ‘young ceremonial attendant.’
32. Catalina – Spanish for ‘pure.’
33. Charlie – A cute variation of ‘Charlotte,’ which is the female version of the name Charlot/Charles.
34. Chloe – Greek for ‘fertility’ or blooming.’
35. Claire – Latin for ‘bright’ or ‘clear.’
36. Clara – A fancy variation of Claire.
37. Cora – Greek for ‘maiden.’
38. Dakota – Native American for ‘ally.’
39. Daniela – Feminine for ‘Daniel,’ which is Hebrew for ‘God is my judge.’
40. Destiny – Needs no introduction.
41. Diana – Inspired by the Roman goddess of the moon, childbirth, forests, and hunting.
42. Eden – From the Biblical garden of Eden.
43. Elena – Derived from ‘Eleanor,’ which means ‘bright’ or ‘shining one.’
44. Eliza/Elsie – Short for ‘Elizabeth,’ which means ‘pledged to God.’
45. Ella – Short for ‘Eleanor’ or ‘Ellen.’
46. Eloise – Old German for ‘famous warrior.’
47. Emily – Latin for ‘striving’ or ‘industrious.’
48. Emma – Old German and Old French for ‘universal.’
49. Eva – Hebrew for ‘life.’ 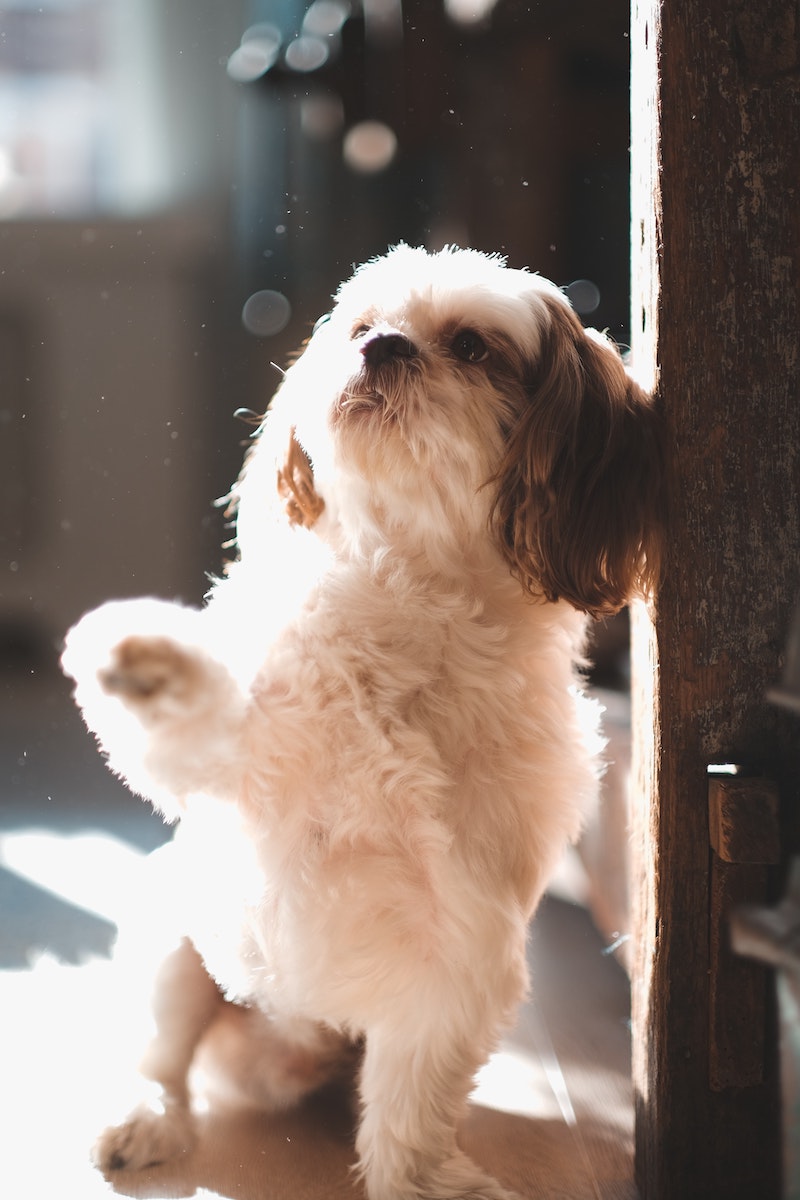 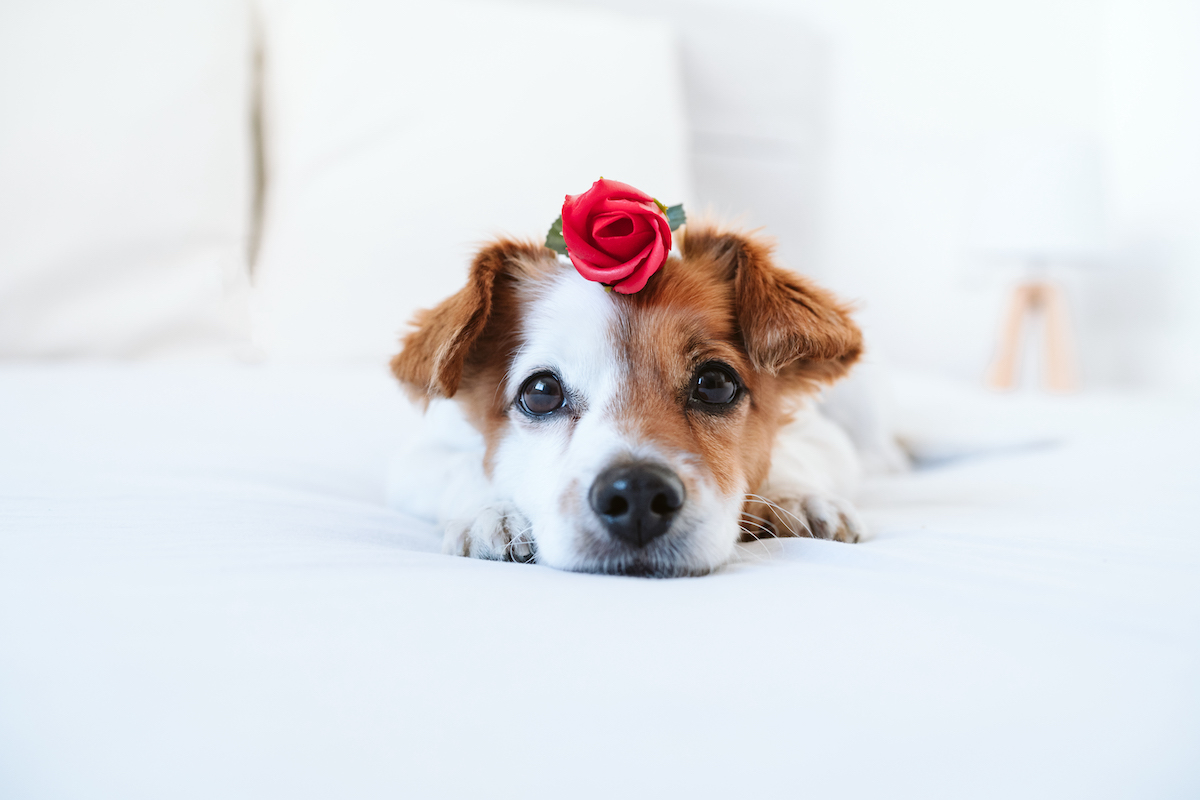 116. Alyssa – A popular flower-inspired name derived from alyssum.
117. Beany – A name derived from beans.
118. Brandy – Perfect if your dog reminds you of your favorite brandy.
119. Cinnamon – Get a little spicy by naming your female dog Cinnamon.
120. Daisy – Inspired by a flower of the same name.
121. Florence – Latin for ‘flower.’
122. Ginger – It doesn’t hurt to name your female dog after one of the world’s most nutritious spices, does it?
123. Holly – English name inspired by the Holly tree.
124. Ivy – Old English for the evergreen plant of the same name.
125. Jasmine – An Old French and Persian name referring to the delicate flowering plant of the same name.
126. Juniper – Based on the Juniper tree or berry.
127. Lily – English for the flowering plant of the same name.
128. Marshmallow – Perfect for a female dog with cute looks and a charming personality.
129. Olivia – Latin for the olive tree.
130. Pepper – Suitable for any female dog, including those that aren’t necessarily irritating.
131. Poppy – Derived from Latin and inspired by a flower of the same name.
132. Pumpkin – A flattering female name that’s also appropriate for girl dogs.
133. Rosalie – French origin for a rose garden.
134. Rose – Inspired by the rose flower.
135. Willow – Based on the willow tree. 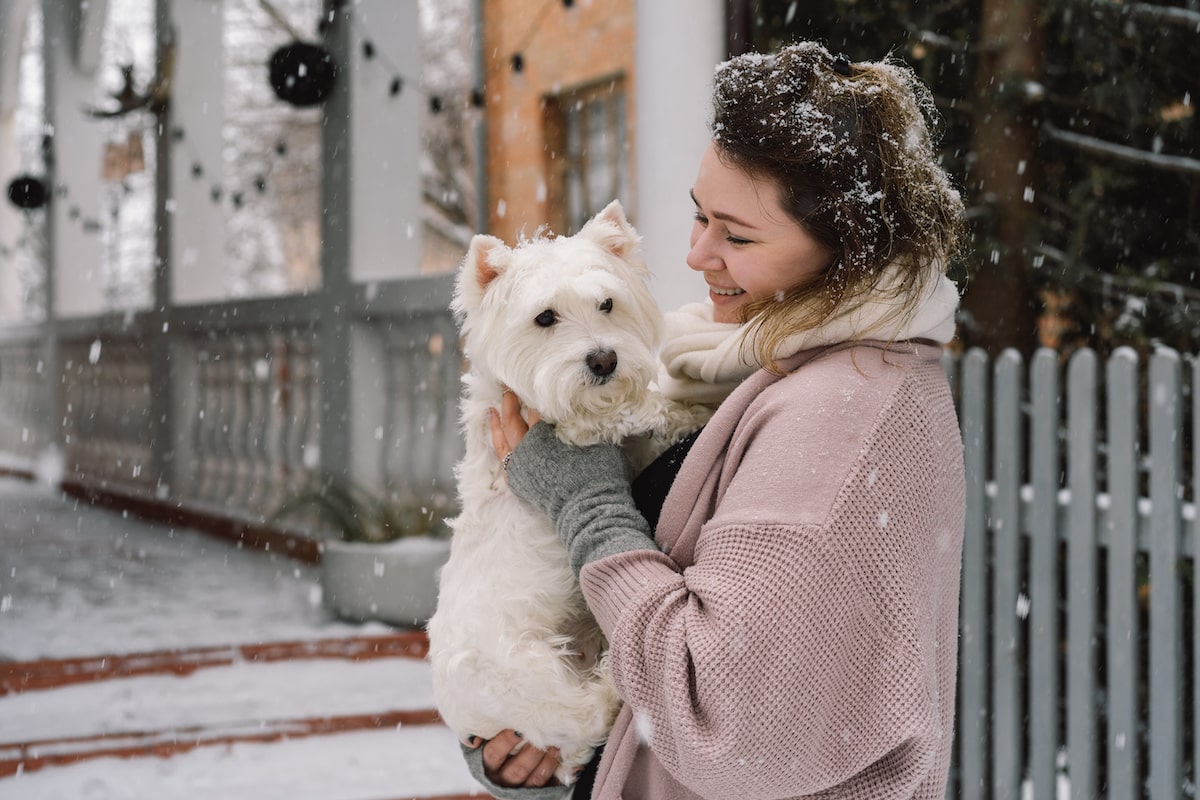 Finding a perfect name for your girl dog doesn’t require serious brainstorming. Not when there are numerous resources to rely on. Feel free to pick a name from this list for your female canine friend.