Do you remember scolding your dogs for chewing on something that’s not a toy? And does your heart melt when they look at you with their adorable little puppy eyes?

Well, we can relate to that! Disciplining your dogs can be super hard. But it’s super important too.

And when is it most necessary? When they start fighting with each other. We all want our little four-legged friends to get along, don’t we? But there’s a right way and a wrong way to do that.

Here’s a paws-on guide to disciplining your dogs and breaking up furry fights.

How to Discipline a Dog After Fighting

As a master, your instinct is to punish your pooches for fighting. But remember, the key is to ‘discipline’ not ‘punish.’

Before you learn how to discipline a dog after fighting, understand their reasons for it. A lot of times, dogs don’t fight to cause harm. All they want is to establish dominance. Your dogs may fight for control over food, toys, or even your attention.

Or they might want to take up the role of pack leader. So what you need to do is show them that you’re the actual ‘top-dog.’ And disciplining them is the best way to establish this order.

How Can You Instill Discipline After a Fight Has Happened?

Here’s what you want to teach your dogs: you’re the only one who will ever win fights. So what do you do for your fur babies to understand this?

Well, you establish order and set a routine. The best way to teach your dogs’ obedience is with a consistent timetable. And make sure you give out resources equally.

Say you notice your dogs always fight around mealtimes. What do you do? You set the same time for feeding them every day. But you do so in separate rooms.

What if they’re fighting for attention from you? Spend the same amounts of time with your companions, but do this together. Or else, it may lead to jealousy that causes more fights.

So how can you instill discipline after a fight has happened? Well, try to prevent fighting in the first place. Once you establish a routine, shift your focus to setting high-value times.

For instance, try not to leave toys lying around for your dogs to fight over. Instead, set specific playtimes and playtoys. When time’s up, take the toys away.

How to Tell if a Dog Fight is Serious

It’s not that easy to know if your fluffy mates are play fighting or actually fighting. And it’s no wonder why. Play fighting involves many actions that seem aggressive: biting, growling, wrestling, and more.

It’s pretty confusing because you see all these actions in serious fights too. You overlook the scene as one question after another pops into your head.

Is the fight serious? Do you need to intervene? What if it is a serious fight and you break it up too late? The list is endless.

But there are ways to know whether your pooches are going at it or having a friendly tussle. Let’s look at some pointers on how to tell if a dog fight is serious.

Behaviors that indicate that it is a serious fight

What are the behaviors that indicate that it is a serious fight? 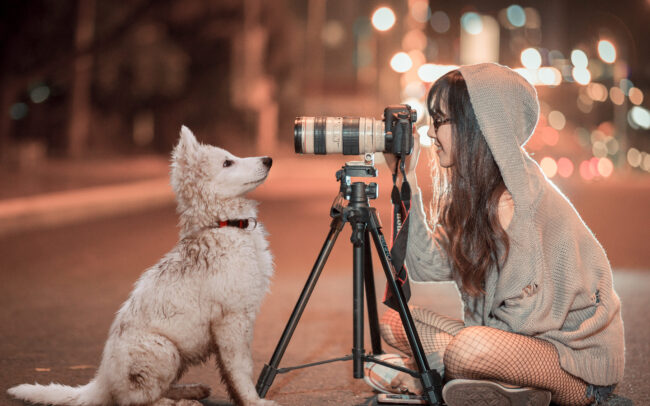 Behaviors that indicate that it is not a serious fight

Are there behaviors that indicate that it is not a serious fight?

What Not to Do After a Dog Fight

Watching your furry family fight can leave you pretty shaken up. It’s downright terrifying to witness. And then you have to deal with the aftermath.

What do you do? Well, for one, try to control your emotions. It won’t be long before your dogs are best friends again so, there’s really no reason to stress!

So what not to do after a dog fight? The answer is one word: worry. If you continue to worry, there’ll be more chances of a repeat.

Keeping calm is the antidote for the present and the future. Let’s keep up the positivity instead and focus on what you should do after a fight.

Reintroducing Dogs After a Fight

Reintroducing dogs after a fight can be pretty stressful. Even more so, if they live in the same house.

But there’s one steady rule throughout the process: keep calm. So what do you to make reintroduction as easy as possible? Take a look at some of these tips:

Can Dogs Live Together After Fighting?

So you’ve broken up the fight and separated your dogs. But now you’re wondering, can dogs live together after a fight?

Well, you can put this worry to the back of your mind. Because in most cases, the answer is yes! There are always tricks to getting your furry friends to stay friends.

Nothing more than a rigid timetable for meals and affection. And it’s a great way to teach your pooches that they get equal amounts of food, attention, toys, and more.

A ‘Woof’ to the Wise

So a bit of fighting among your furry pals is nothing to worry about as long as you deal with it in the right way.