Appetite loss is a commonly reported problem among cat owners. These pets often respond to illnesses by not eating, making it more difficult to cure them. Veterinarians prescribe several different types of medications to address nausea and loss of appetite in these cats but not all of them always seem to work.

One of the most recent introductions in the market is Mirtazapine that acts as a safe and effective appetite stimulant. However, cat owners are concerned about the use and efficacy of this medicine. In this post, let us take a closer look at the usage, dosage and side effects of Mirtazapine for cats so that you know what you can expect from the drug.

An anti-depressant when used for humans, Mirtazapine is commonly prescribed by veterinarians to treat the symptoms of appetite loss, vomiting and nausea in cats. It is specifically useful for patients suffering from anxiety and insomnia and has a rapid action as compared to other anti-depressant drugs. Mirtazapine is mainly metabolized in the liver and does not affect kidneys a lot.

Mirtazapine is used for cats and dogs that refuse to eat. It is also prescribed for long-term treatment of vomiting, nausea and anorexia. Though there is little research and clinical trial results regarding the use of this drug for cats, anecdotal reports suggest effectiveness in cats with pancreatitis, chronic kidney failure, diabetes and other long-term sicknesses. In some cases, this medication is also used to treat behavioral problems in cats like urine spraying, anxiety and insomnia.

Appetite Stimulant For Cats – What You Should Know?

Loss of appetite in cats is a serious situation that should be addressed properly on time. This is particularly true if the cat shows weight loss. As the body loses proteins, the liver becomes less effective at converting fat into energy to keep the cat functioning in absence of enough food and nutrients. This can lead to liver failure and other life-threatening problems.

You should never ignore the cat’s loss of appetite and refusal to eat. If such a condition lasts for a few days, you should consult the vet right away. The veterinarian identifies the underlying cause of appetite loss in your cat and determines the treatment plan based on the issue. Most vets are likely to prescribe appetite stimulants in the dose and frequency that suit the condition and its severity.

Appetite stimulants like mirtazapine act by working on the receptors responsible for appetite inhibition and regulation. It proves to be effective in boosting appetite for cats that refuse to eat due to renal failure, digestion problems, anxiety and other illnesses that result in nausea and reduced desire to eat.

Mirtazapine should not be prescribed to cats that are allergenic or hypersensitive to the drug. It should also be used cautiously in animals that take other medications as it can interact with drugs like diazepam, tramadol and cimetidine. If any signs of facial swelling, breathing difficulty or other allergic reactions are seen after giving the medication, the pet should be taken to the vet. 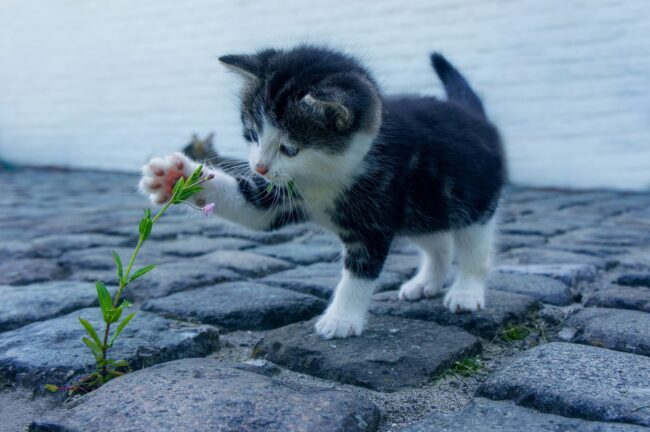 Mirtazapine For Cats Side Effects

Mirtazapine is generally well-tolerated by cats when given in the right doses. However, the side effects of the medication are possible. The most reported adverse effect of Mirtazapine is drowsiness. Some cats may experience restlessness, agitation and excessive meowing. This drug also has a risk of developing serotonin syndrome that occurs when the levels of serotonin in the blood rise.

The symptoms and effects of serotonin syndrome are seen when mirtazapine is given in a high dose or when it is used with medications that increase serotonin levels. Some of the side effects occurring from this condition include increased heart rate, high blood pressure, vomiting, vocalization, tremors, lack of coordination when walking and others. These symptoms would onset within 15 minutes to 3 hours of medication and resolve in 12-48 hours.

Mirtazapine is available in a variety of strengths in oral and topical forms. The usage and dosage are generally determined on the basis of the condition to be treated and the type and weight of the cat. It is used at a dosage of 1.88mg or 3.75mg in an oral formulation for appetite stimulation in anorectic cats. This medication is normally given orally by mouth though some vets may use a liquid form for easy dosing for cats.

Mirtazapine, when taken orally, should start showing signs of improvement within 1-2 days. The recommended starting dose of the drug is 1.88 mg for cats and can be given once a day in young cats. As it is an anti-depressant, the animal should be weaned off the drug over a period instead of ceasing abruptly.

Cyproheptadine Vs Mirtazapine For Cats

Both cyproheptadine and mirtazapine are commonly used appetite stimulants for cats. Mirtazapine is an anti-depressant while cyproheptadine works as an antihistamine in humans. When used in the right doses, both these medications are safe for cats that don’t eat. Mirtazapine is given to cats with stomach issues, kidney failure and other problems causing nausea and reduced desire to eat.

While mirtazapine is known to have some side effects, cyproheptadine is quite safe for cats. However, if given in overdoses, cyproheptadine can result in lethargy and sedation for a few hours. This medicine should therefore not used for appetite stimulation in cats with high blood pressure or those on potassium supplements. The advantage of using mirtazapine over cyproheptadine is its anti-emetic properties and twice a week dosage.