Submissive urination is a common problem for dog owners.

It’s a normal communication mode used to show social appeasement. If your dog pees when greeted, approached, scolded or disturbed, it means he has a submissive urination problem. Though submissive urination is quite normal in small pups and they tend to outgrow this behavior, some dogs don’t get over it. This is when it becomes problematic.

Treating and changing this behavior is rather easy. There are many ways to train your dog to stop this act. Some people prefer peeing on the dog to show them dominance. In this post, we discuss whether this approach is right, what submissive urination could mean, and a few best practices.

Submissive Urination – What Does It Mean?

A dog generally urinates on the floor or on an object for no reason. This is called excitement or a submissive urination issue. Dogs are likely to urinate submissively as a way to appease somebody they see socially dominant. He is trying to express that he is not a threat and should not be punished. Dogs also urinate submissively when greeted, while playing, walking or when petting. 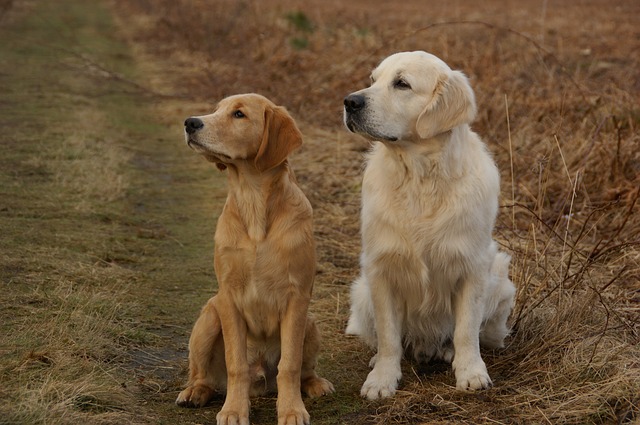 Submissive urination can also come from an underlying medical condition like incontinence or urinary tract infection (UTI). This can be treated with the help of a vet. However, there are other reasons for this behavior in dogs. Small puppies or untrained canines can exhibit it as they are not properly house-trained.

Related:  Dog Walking Sideways After Grooming – Should You Be Worried?

Another common cause for submissive urination is scent marking. Male and female dogs do this for several purposes. The main one is to mark their territory. Additionally, they could be doing so as a response to stress or anxiety. It could be separation anxiety as well. Excitement urination is most common in anxious, timid, or shy dogs.

Should I Pee On My Dog To Show Dominance?

There is a myth that peeing on the dog would show him who’s boss. The idea behind it is to elevate the status of the pet owner on the belief that dogs easily adhere to a rigid dominance hierarchy. However, this is comparable to reacting wildly when your toddler misbehaves. Nobody would want to pee on a child for misbehavior!

Sensible parents and dog owners should know that responsible parenting is all about a lot of patience and love. You should be providing a good environment for growth. The idea of peeing on somebody to show dominance is ridiculous. It wouldn’t change the dog’s behavior. Rather than stopping the dog’s submissive urination problem, you’d be damaging your relationship with your beloved pet.

How Do You Stop Submissive Urination In Dogs?

Most dogs stop submissive urination on their own by the time they’re a year old. Normally, you don’t even need to do anything about it. Though there are occasions when this doesn’t happen. If that’s the case with you, do positive training. Avoid scolding, hitting or yelling at your pup once he pees.

Build confidence by teaching it simple things like sitting, coming, and staying. Give treats as rewards for good behavior. Interact with your dog in non-dominant ways such as approaching it from the side, avoiding eye contact, and playing outside. You can also choose to ignore your pup and interact only after it has calmed down.

Related:  Dog Throwing Up Raw Diet? Here’s What To Do

When petting, touch it under its chin rather than on the head. Keep all play sessions lowkey. Choose games without a lot of bodily contact. When it pees inside the house, clean it up without fuss and leave. When it pees in the right place, praise it and give it a treat.

Some dogs urinate in the house for scent marking. They do this as a response to stress, anxiety, or frustration. It’s also their way of identification, to claim a territory, or other reasons.

Here are a couple of ways to stop urine markings in dogs:

Male and female dogs do scent marking. Unspayed female dogs are more likely to urine mark. This happens frequently before and when they are in heat. This indicates their availability to male dogs. Spayed females can also urine mark at times.

To stop urine marking in female dogs, the best solution is spaying. For dogs that are already spayed but are still urine marking, it could be due to anxiety. Identify what’s causing its anxiety and address it immediately. Be sure to discourage this behavior through love and support, NOT scolding or punishments.