It is not easy to train a dog without knowing what will make your dog respond to the cues. Unlike a human child, a dog responds to a completely different set of stimuli. Using psychological concepts here can make it easier for you to train your dog the desired way.

By utilizing the knowledge that you have about your dog’s behavior, likes, and dislikes, you can manage to train them well. Positive trainers usually focus on reinforcement training based on the ‘reward and punishment’ style.

Read on to know what it is and how it works!

Avoiding aversive as much as you can while training your dog will make it much more pleasant and positive. It thus brings reinforcers into the view, which implies increasing the likelihood of particular behavior.

What is a Tertiary Reinforcer?

A tertiary reinforcer is anything that correctly predicts the chances of obtaining a specific behavior/reinforcement. These also sometimes come under secondary reinforcers as they deal with the predicting part of a reinforcer too.

It is based on basic cues that direct the dog and get it excited to cooperate with a particular task. Making a dog follow a signal can be challenging, but keeping it non-aversive will ensure positive learning.

Positive learning is the goal!

As the dogs learn new tasks, their emotions while learning it for the first time stay with them. Those emotions become associated with the activity and, thus, that particular behavior automatically.

Thus, it is necessary to avoid aversive and promote positive learning to make them enjoy the training. The dog will relish performing that specific task, too, as it feels encouraged due to its first impression.

This joy is not limited to the dog, but it is fun for the second party, too, i.e., the trainer. Using treats, rewards, etc., for training makes a dog see that specific activity as a reward in itself.

It is the ultimate goal! As it is an advanced level of training, it can be rather challenging to start. But when you witness this training’s results, it appears to be worth the efforts that go into it. 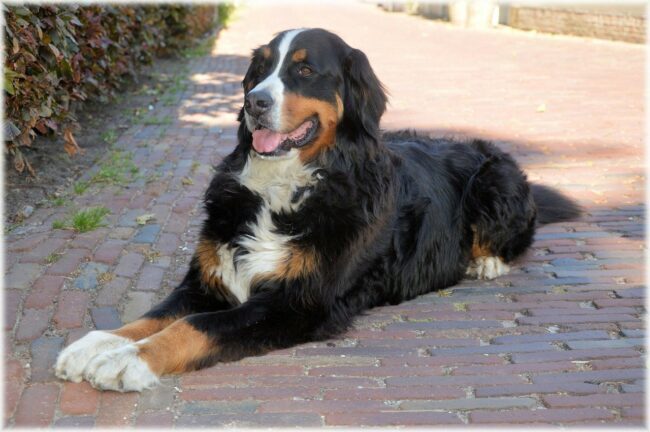 Tertiary Reinforcer What Does It Mean?

A secondary reinforcer, on the other hand, is a conditioned reinforcer. It is a behavior that the dog becomes accustomed to because it enjoys it. It can include playing with tug toys, getting praise, clapping, etc., which is dependent on the environment and influences of the dog.

It is similar to a secondary reinforcer, which uses cues or commands to make a dog perform accordingly with joy. It is training with induced positive emotions to make the act joyful for the dog to perform.

Unlike the other two types of reinforcers, a tertiary reinforcer is about creating a behavior with induced fun. The dog picks up a command/cue and performs the given action because it enjoys it. This way, even that action becomes a reward in itself for the dog.

It is all about perspective and approach, and the second one has proven to be much impactful and positive. If you are new to this advanced training level, you must use a secondary and a primary reinforcer.

Using a secondary (tug toy) and primary (click/treat) reinforcers in the training session will make it smoother.

For instance, if a training set includes actions that go like:

The added reinforcers will encourage the dog to perform the set of actions that you ask of them. In the above example, the dog will receive two rewards for completing one set of steps. In technical terms, it is called an intermittent schedule of reinforcement, which looks like this:

Here, we must now count the number of actions that are associated with the reinforcement. If you have never taken to aversive methods, your dog will automatically follow, knowing that there will be reinforcements ahead. Surrounding the Tug Toy and Click/Treat, we can count almost every other behavior associated with it.

When the majority of the actions associate with the rewards, they become a reward in themselves. This way, except for the task, ‘Back-Up,’ every step becomes a joyful act to perform for the dog. Thus, this training session becomes a reward in itself for the dog, excluding Back-Up.

This tertiary reinforcer method is not just fun; it is also a powerful way to teach and raise a dog. As every other action is felt equivalent to a reward, a dog will never have to be forced to perform a task.

From necessary actions to even significant responsibilities, the dog will do it thoroughly because it enjoys it.

Tertiary Reinforcers make every action fun without having to drag the dog for it. Also, as it is not forceful but playful, it has an evident positive impact and avoids any harshness. Using a subtle combination of the reinforcers to train for a particular session thus makes the flow smoother.

So, now that you know how the tertiary reinforcers work, why not try it? Go on and train your dog while inducing the joy and feeling it too!