It’s unlikely that you’ll see hawk food displayed as enticingly in a mall rack as you might see for dogs or cats. The reason for this is that hawks are not our typical go-to pets. As the free beings that they are, their place is in the wild, roaming freely in the sky, with nothing to worry about but their meal for the day.

If you’ve ever found yourself wondering what exactly hawks eat, you’re certainly in the right place. This article will address what hawks eat, factors affecting a hawk’s diet, and the diets of different hawk species.

What Do Hawks Eat?

A hawk’s diet comprises a variety of animals such as birds, lizards, mice, rabbits, rats, snakes, and insects. Generally, this diet reflects the state of the hawk’s environment. Its choice of prey can be affected by factors such as the species of the hawk, the environment, and the availability of game.

Due to their diurnal nature, hawks do not possess night vision; therefore, they are mostly seen during the day. As members of the Accipitridae family, hawks are one of the most important predators in the arboreal habitat. They are generally known as raptors (birds of prey), and hence, they are carnivores.

Hawk Species and What They Eat

There are over 200 species worldwide and approximately 25 species of hawks in the United States alone. Consequently, each species has a preferred choice of prey and habitat. Because they live in various habitats and climates, the food they eat is strongly influenced by what is available in their location. Let’s dive right into the five major species of hawks and their respective diets.

Related:  How Long Do Squirrels Live? 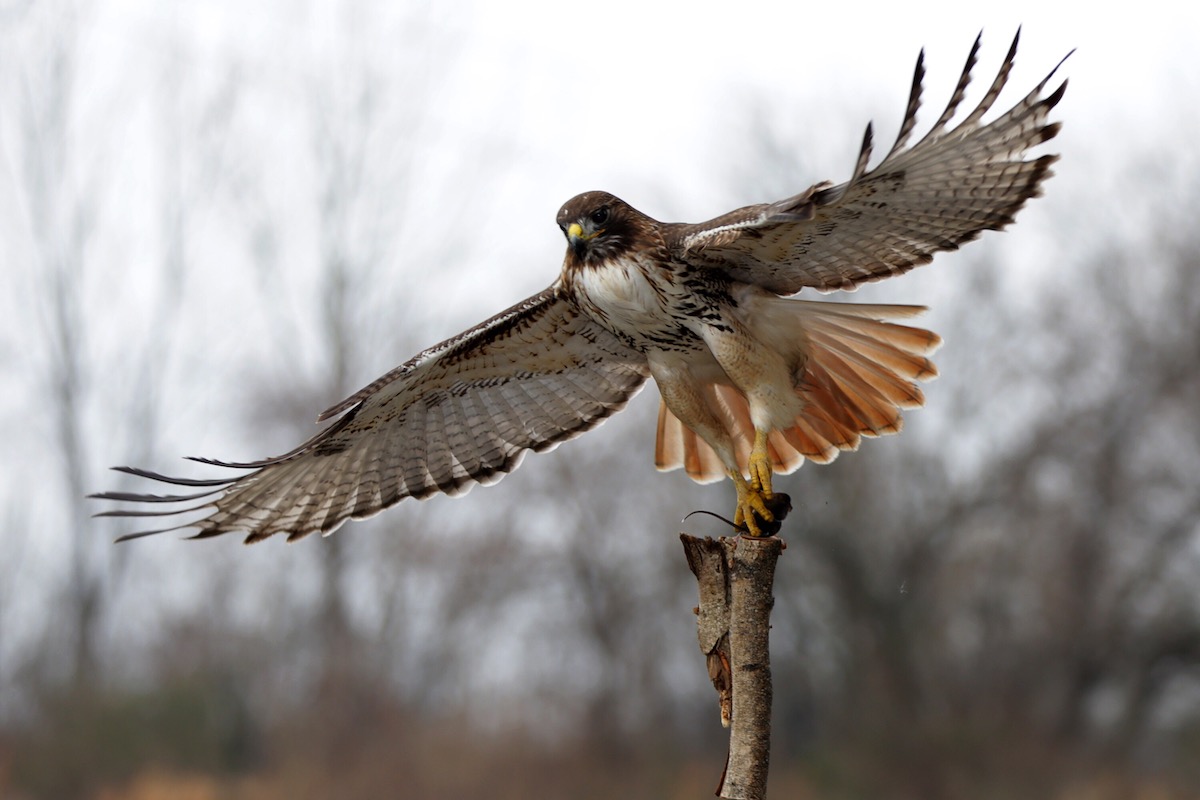 The red-tailed hawk (Buteo jamaicensis) is a bird of prey found throughout most of North America. It is mostly seen in places with open fields. It occupies a wide range of habitats and altitudes, such as deserts, grasslands, and urban areas.

Red-tails attack in a slow, controlled dive with outstretched legs. They are daring, and this reflects in their diet. Although they mostly eat small rodents like squirrels and rats, red-tails enjoy eating rattlesnakes and do so at any given opportunity. 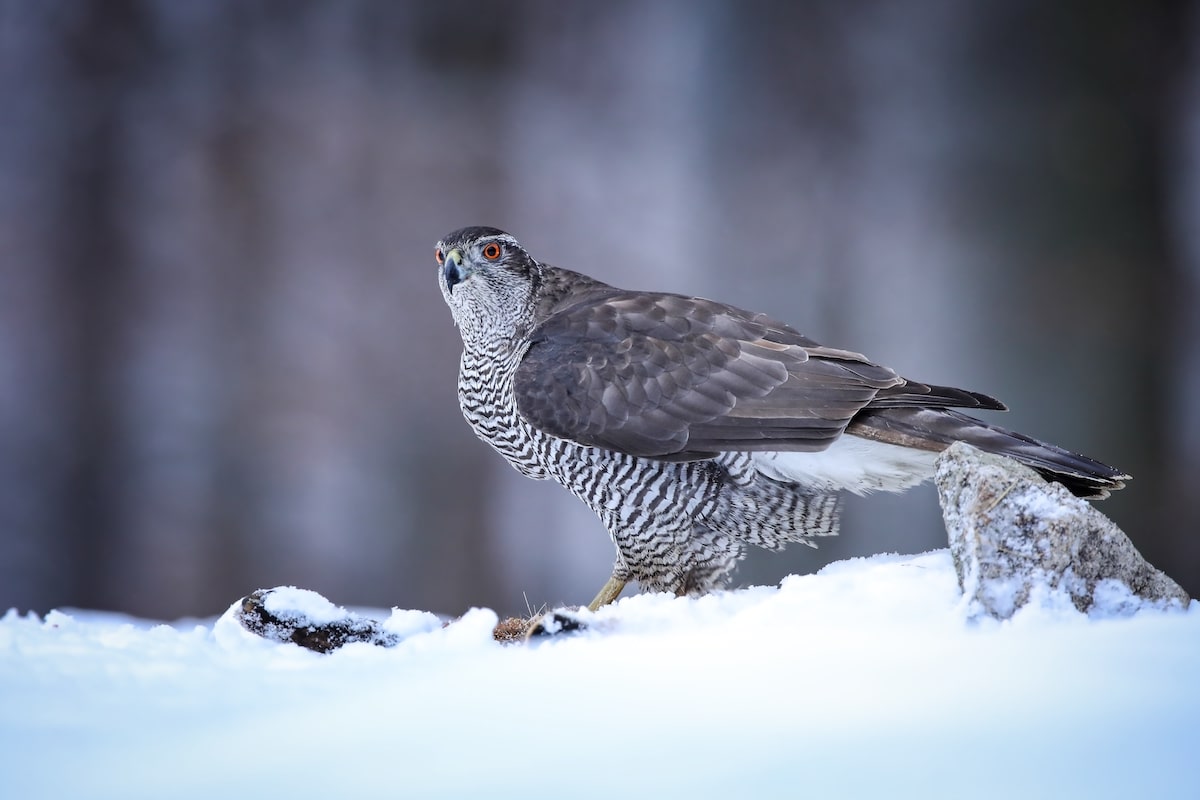 Known in Latin as the noble hawk, goshawks were once only used or owned by nobles. These majestic species are identified by their white and patterned pale gray bodies. They are high-speed hunters with broad wings, long yellow legs, and sharp talons.

Goshawks live in dense woodland, deciduous and coniferous woods. As such, Goshawks hunt hares, rabbits, and squirrels. They also hunt smaller birds, such as wood pigeons, pheasants, and corvids. 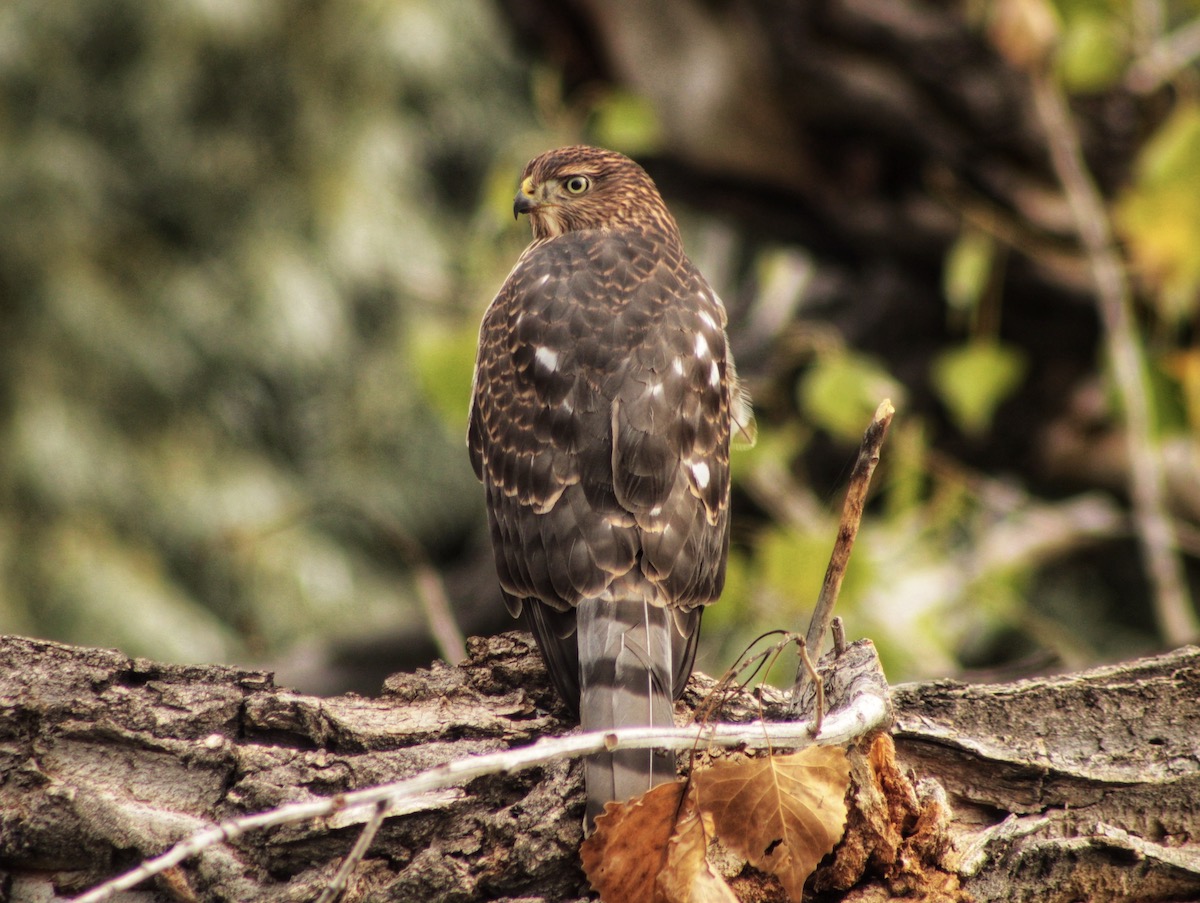 Cooper’s hawk is a medium-sized hawk found in the woodlands of North America. They are a very agile species with wings of moderate length, moderately thick legs, and a wedge-shaped tail. This species feeds primarily on birds and smaller mammals like squirrels. Cooper’s hawks also like to build their nests in big, canopy-covered trees. 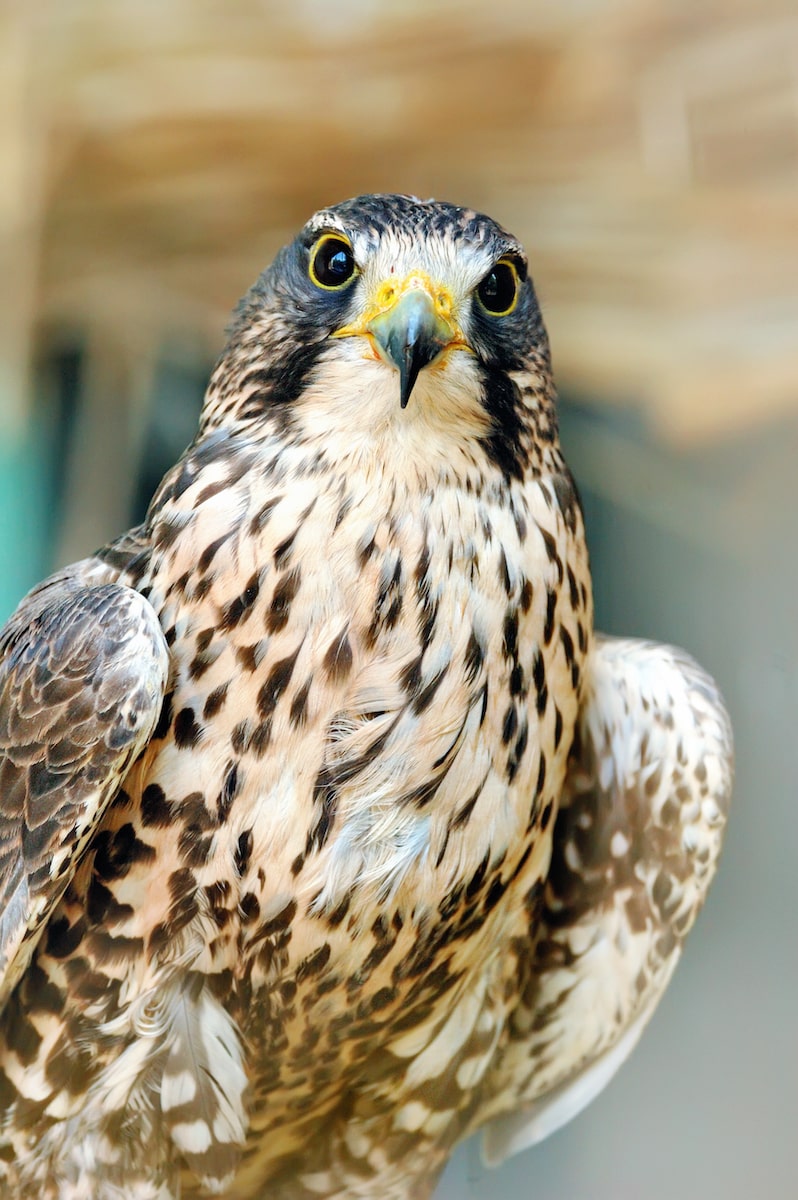 Sharp-shinned hawks are small hawks with long tails and rounded wings. They breed in deep forests and adopt an ambush-style of hunting their prey. They lie in wait in concealed locations and surprise their game by pouncing on them suddenly. They are swift and acrobatic while pursuing prey.

Related:  Do Hawks Have Any Predators? Here's The Truth

Consequently, these hawks typically feed on smaller birds such as sparrows and doves. They also feed on small rodents like mice and voles. 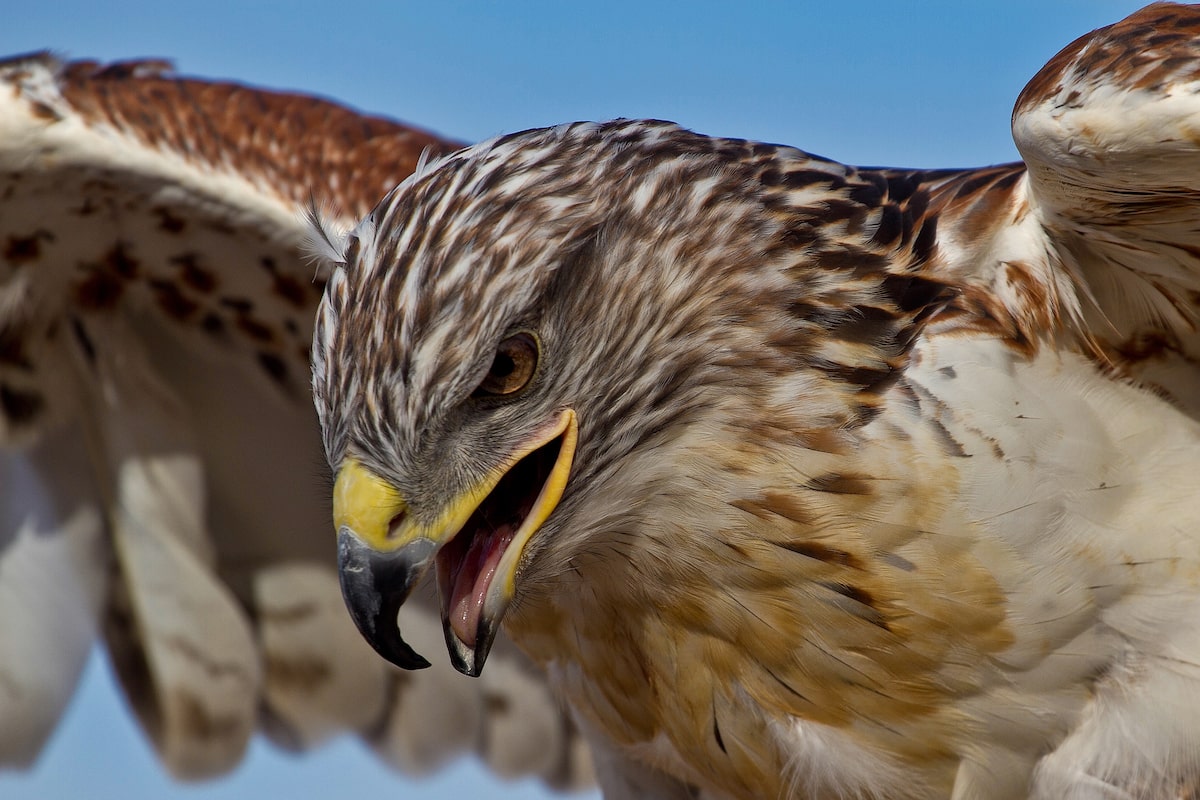 Ferruginous hawks reside mainly in the arid and semiarid grasslands of North America. Regarded as the most prominent, most powerful member of the beuto family, the ferruginous hawk is a large, broad-winged hawk that resides in open arid grasslands. They build their nests in open, isolated locations. These birds dislike human interaction and will most often build their nests far from human settlements.

Their diet ranges from small and medium-sized mammals like squirrels, rabbits, and prairie dogs to reptiles, amphibians, and even insects.

From all we have seen so far, we can deduce that generally, a hawk’s diet is vast and encompasses a lot of animals depending on the species in question. However, we can figure out a pattern from the diets of various species.

Hawks feed on small mammals (such as squirrels, prairie dogs, rabbits, and chipmunks)  rodents, (such as mice, rats, and voles) amphibians, (such as frogs), reptiles (such as snakes and lizards), and other insects. They also eat other smaller birds.

So the next time you see a hawk in your backyard, it’s best to keep in mind that they are ensuring the population of rodents in the area is kept in check, and doing you a favor. However, if you still find them uncomfortable, there are various tricks to keep hawks away from your backyard.