It’s common knowledge that the giant panda is a highly endangered species. In fact, pandas are an international symbol of conservation. The animal appears on the logos of renowned conservationist groups, such as the World Wildlife Conservation.

But considering that the global panda population is closely monitored, what exactly makes this species endangered?

We shall attempt to answer that question throughout this post. First, let’s start by differentiating between two confusing terms – endangered and rare.

The terms ‘rare’ and ‘endangered’ are often used interchangeably. However, these words are fundamentally different from each other.

According to the International Union for Conservation of Nature, the word ‘rare refers to species found in isolated geographical locations. In other words, a given species may be rare but not necessarily endangered. 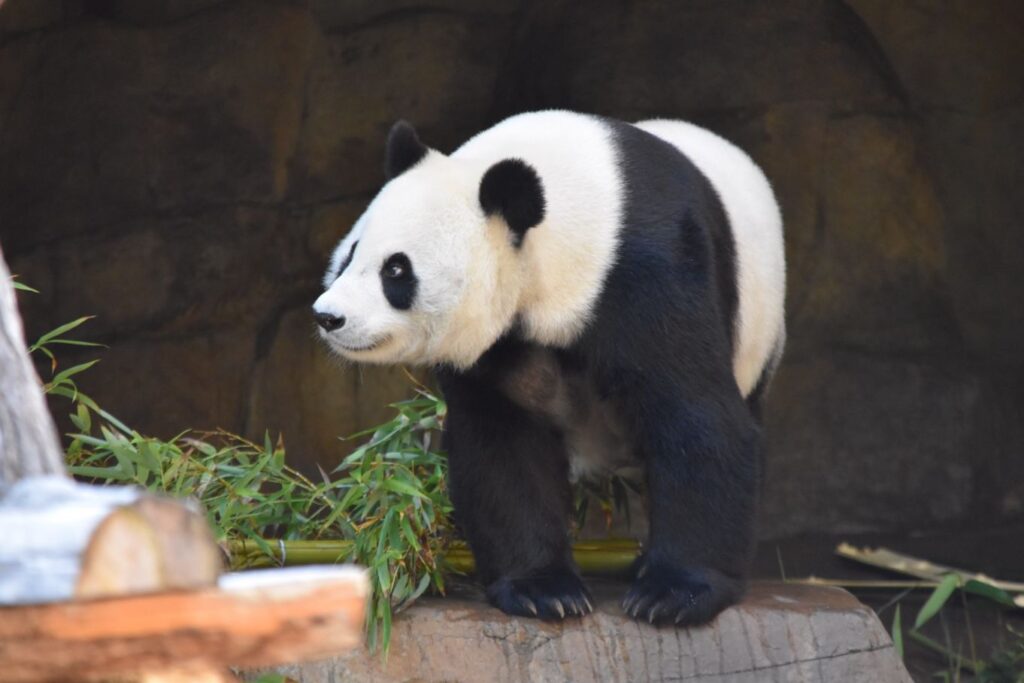 However, the fact that rare species inhabit isolated regions means they’re “at risk.” That’s because they’re easy to exterminate in the event of habitat encroachment or natural disasters.

On the other hand, ‘endangered’ animals are highly vulnerable species with real threats of extinction. An animal is mainly considered endangered if its population is small and hasn’t increased significantly over a considerable period.

Most endangered species happen to inhabit specific geographical locations. But the animals may also be widespread all over the world.

Related:  What Do Hawks Eat?

Are Pandas Rare Or Endangered?

The giant panda is both a rare and endangered species. We’ll explore the reasons why the animal is considered endangered in the next section.

But to understand why pandas are rare, you’ll need to start by familiarizing yourself with the two main panda varieties and where they live.

The Ailuropoda melanoleuca melanoleuca subspecies is the more popular giant panda variety. The animal features black spots and bands around its white face and body. No wonder it’s commonly known as the black panda. 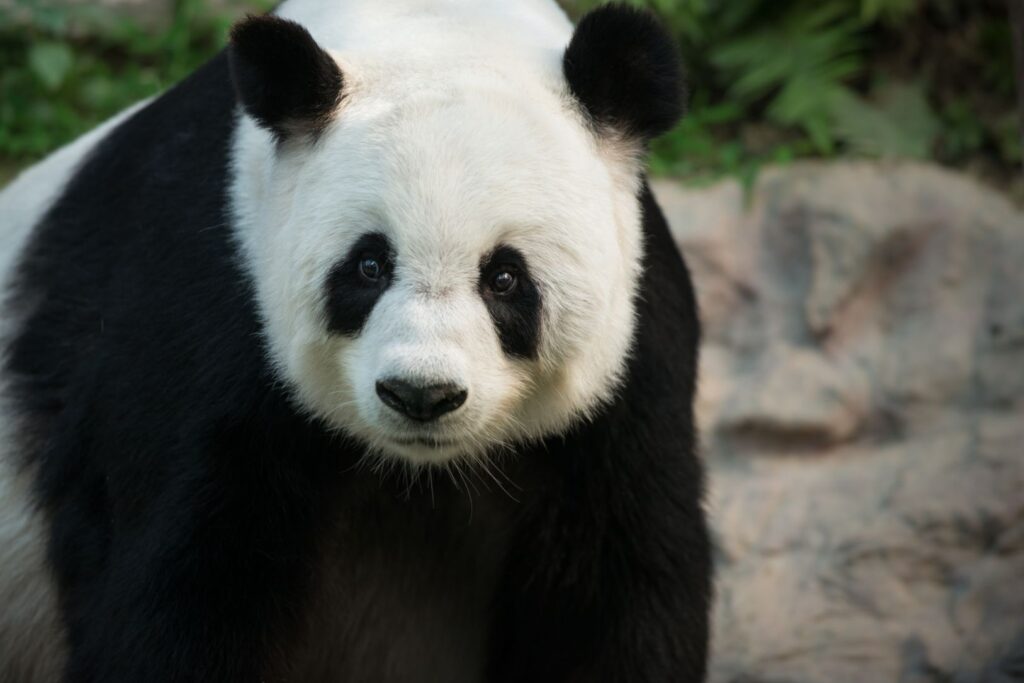 On the other hand, the Ailuropoda melanoleuca qinlingensis subspecies has dark-brown spots and bands on its light-brown body. This panda variety is also known as the brown or qinling panda.

Both panda varieties are only found in the mountain ranges of China. And it’s precisely due to its limited geographical habitat that the giant panda is considered rare.

Why Is The Giant Panda Endangered?

Pandas belong in a feeding group known as folivores. Folivorous animals are highly specialized herbivores that feed exclusively on plant leaves. Other notable members of this group include elephants, iguanas, and certain beetle species.

But this is where it gets interesting – the giant panda eats almost nothing but bamboo leaves and shoots. In other words, the animal would find it difficult to thrive in habitats with no bamboo.

Related:  Your Guide to Trying Goat Meat for the First Time

Not only does the giant panda feed exclusively on bamboo leaves and shoots. Research has since established that the bamboo plant is also nutritionally-deficient.

Pandas usually spend more than 12 hours a day feeding and will consume about 23 – 40 kilograms (50 – 90 pounds) of bamboo every day. Still, this intensive feeding behavior doesn’t make for the apparent lack of variety in a panda’s diet.

So, the giant panda lives almost exclusively on bamboos alone. Bamboo plants are nutritionally-deficient. And if that’s not enough, the only plant that sustains the panda is also facing real threats of deforestation.

Animal conservationist groups in and outside China have been instrumental in lobbying for the preservation of the panda’s natural habitat. But despite their heightened efforts, human encroachment continues to claim what’s left of the bamboo forests which the giant panda calls home.

The fact that pandas feed almost entirely on a single plant makes it incredibly difficult for them to adapt to other environments.

Pandas cannot relocate to cities as that would deny them access to their preexisting diet of bamboo. This might explain why there are few pandas in captivity despite the animal’s low population. 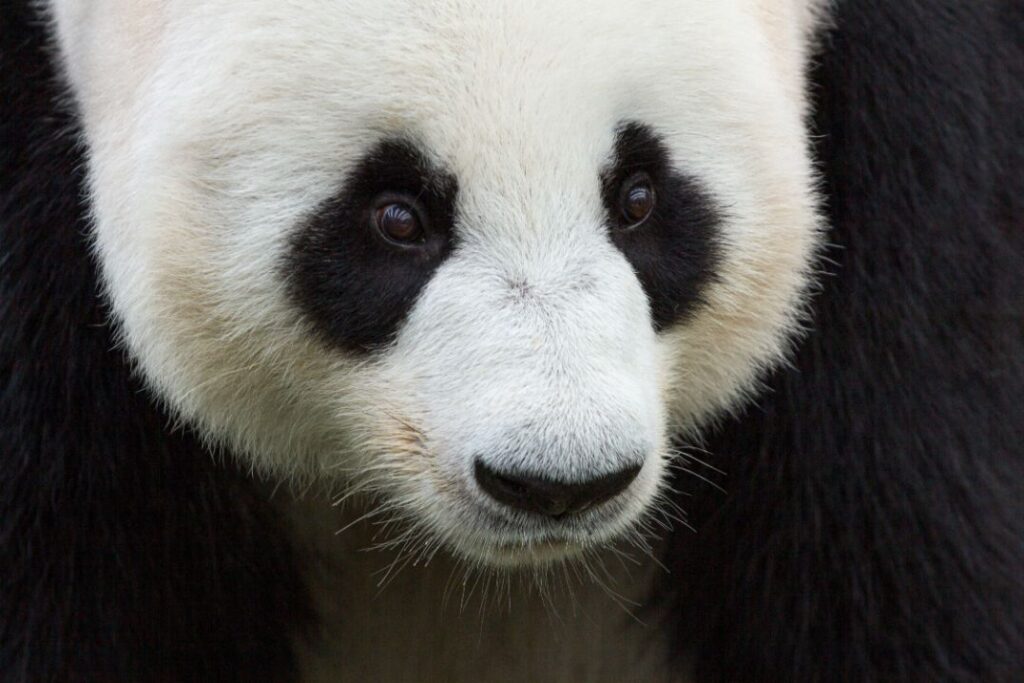 Pandas are among the most widely poached animals in the world. The animal is beloved for its skin and pelt. Unfortunately, extracting these ‘precious gems’ also means killing the panda.

Considering that the panda population is already a cause for concern, the wanton killing of even a single animal is such a tremendous loss.

Related:  Do Roosters Lay Eggs or Play a Role in Egg Formation?

Compared to many endangered animals, an adult giant panda has few natural predators (except humans). However, we cannot say the same about panda cubs.

Young and defenseless, panda cubs are often easy prey for a number of predators, including snow leopards, Asian black bears, feral dogs, yellow-throated martens, and eagles. Even sub-adults weighing around 110 pounds are not entirely safe, as they’re often preyed upon by leopards.

Giant pandas can start reproducing from about 4 years. That’s great news for an animal that can live up to 20 years.

However, pandas only reproduce once a year in the spring. Besides, female pandas have a fairly limited fertility period of 2 – 3 days and they’re very picky in choosing their mates.

Even worse is the fact that pandas only give birth to a maximum of three cubs, and only one usually makes it to adulthood.

The giant panda is one of the world’s most endangered animal species. You can do your part in preventing these animals from going extinct by supporting conservationist groups through monetary donations or by participating in awareness campaigns.