You’re taking a stroll in your wellness garden alongside your feline friend when suddenly, the animal begins to display unusual interest in a specific herb. He goes ahead and nibbles the plant or licks it frantically as if he has interacted with the herb before.

A couple of minutes later, your cat’s behavior changes dramatically. You notice a lot of leaping about, increased affection, heightened vocalization, and a wide spectrum of behaviors that are all uncharacteristic of him.

At this point, you’re probably wondering whether your feline friend has ingested some form of ecstasy drug. Well, wonder no more. Those are just some of the normal effects of exposure to catnip, an herb that has long been associated with feline euphoria.

In this post, we delve deeper into what catnip is and why cats don’t seem to get enough of this plant. 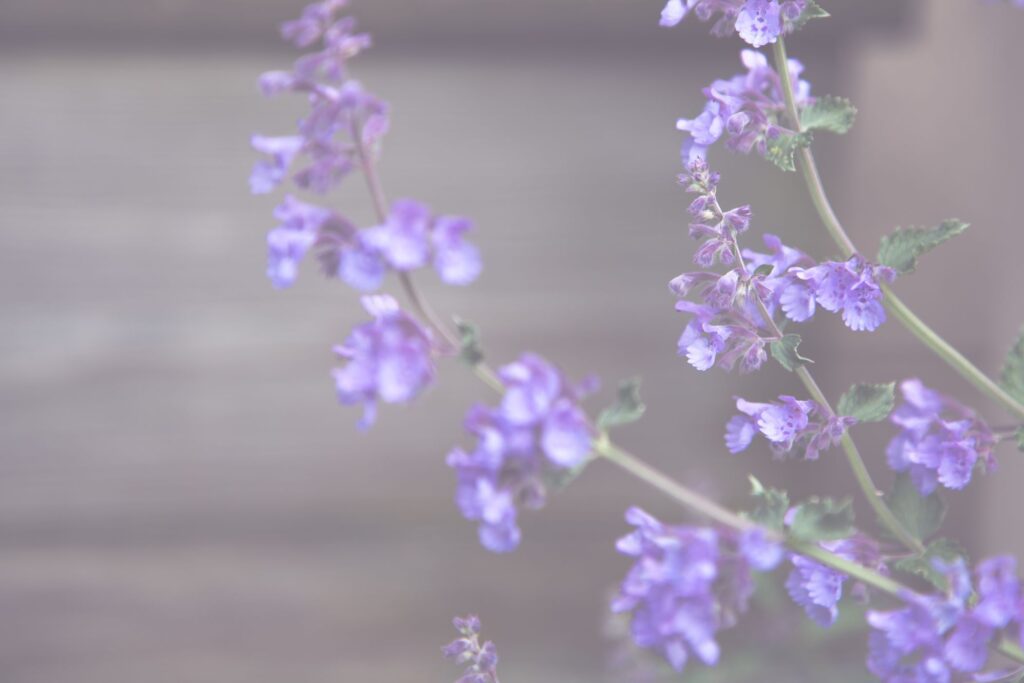 Catnip is the common name for Nepeta cataria, a plant species in the family Lamiaceae which is famous for its psychedelic effects on cats. The plant goes by many other common names, including catwort, catswort, and catmint.

Nepeta cataria is native to eastern and southern Europe, the Middle East, Central Asia, and various regions of China. The plant is also fairly widespread in northern Europe, North America, and New Zealand.

Catnip is botanically related to spearmint and peppermint. All plants are noted for their sedative properties. However, catmint stands out for its intense attraction to cats, both domestic and wild.

How Does Catnip Affect Cats?

Cats consider catnip as a recreational substance. The plant contains a feline attractant known as nepetalactone, which can cause a range of psychedelic effects on cats.

Cats have been known to display a series of quirky behaviors when they sense the bruised stems or leaves of the catwort plant. Some of those behaviors include rubbing on the herb, rolling on the ground, nibbling or licking the plant, and pawing at it.

Consumption of catnip is typically followed by the below symptoms;

How Do Cats Detect Nepetalactone? 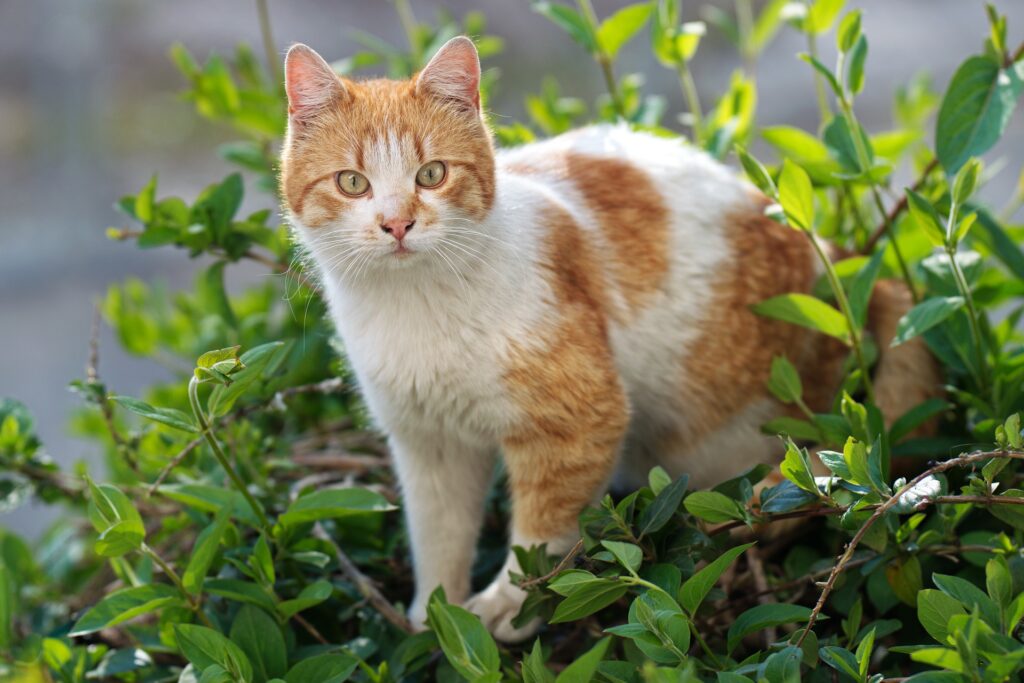 Contrary to popular belief, cats do not detect the presence of nepetalactone via their vomeronasal organs. Instead, the animals pick up this chemical through their olfactory epithelium.

When nepetalactone gets to your cat’s olfactory epithelium, the chemical binds to one or more of the animal’s olfactory receptors. These receptors relay signals to various regions of the brain, especially those involved in inducing the body’s reward system and ‘feel-good’ responses. It’s at this point that your cat displays the psychoactive properties associated with catmint.

How Long Does A Catnip ‘High’ Last?

Most cats will start to experience the mind-altering effects of catmint almost immediately after exposure to the herb. However, the duration of effects varies significantly from one cat to another.

Some cats will only remain high for about five minutes. Others may continue to respond to catnip’s psychedelic effects for longer than 20 minutes.

The variance in the duration of effects depends on several factors, such as your cat’s age and frequency of interactions with catmint.

Kittens generally react more intensely to catwort than adult cats. It’s unclear why that is so, although researchers believe that their smaller bodies means the herb can take a bigger effect on them.

Also, cats coming into contact with catswort for the first time will react more dramatically to the herb compared to those that interact with the plant frequently. That’s pretty much similar to first-time drinkers compared to chronic alcohol users.

In What Ways Can Cats Be Exposed To Catnip? 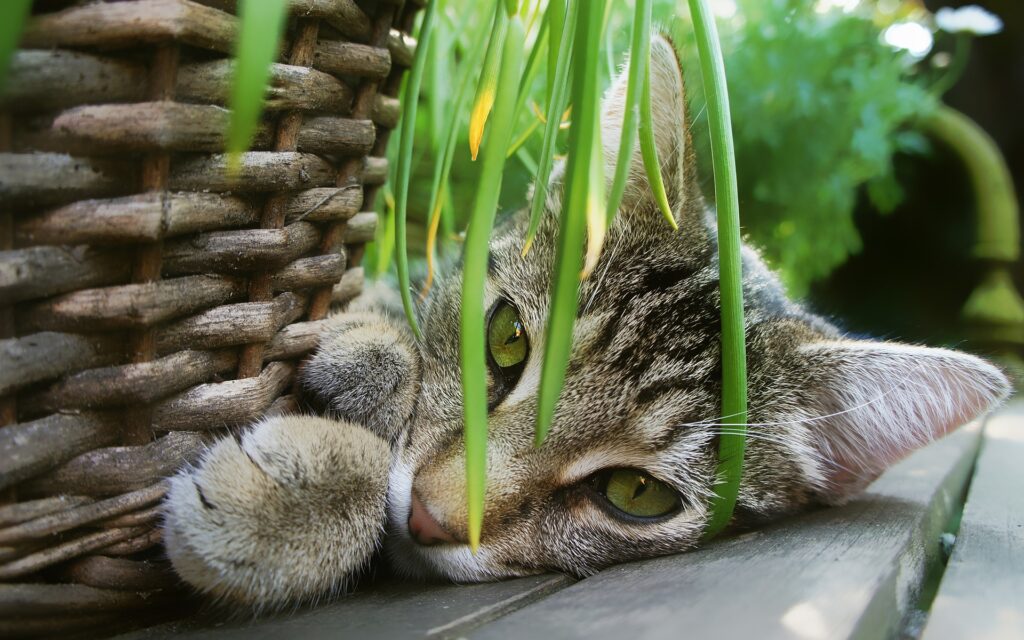 Exposure to catmint can happen via two main channels – ingestion and inhalation. However, catmint delivers the strongest psychedelic effects on cats when inhaled than ingested.

Besides, the nature of effects tends to be contradictory depending on the kind of exposure.

Can Cats Overdose On Catnip?

Cases of feline overdose on catmint are unheard of. But that doesn’t mean they cannot occur.

Theoretically, cats can overdose on catnip if they happen to have inhaled or ingested more nepetalactone than they should. Again, the symptoms of overdose depend on the nature of exposure.

Ingesting too much nepetalactone is likely to induce nausea, vomiting, and diarrhea. Inhaling the herb in excess may cause high episodes of irritability and sedation, marked by aggression and sleepiness, respectively.

The saving grace, however, is that these instances of overdose are unlikely to kill your cat. Besides, most cats will know when they’ve had enough of catmint.

Does Catnip Affect All Cats?

Despite being popular with cats (so much that all the herb’s common names start with the prefix ‘cat’), catmint doesn’t affect all cats.

Studies indicate that at least one-third of cats aren’t affected by catwort. Some conservative estimates suggest that as much as half of all cats will not react to the plant.

Whether your cat will react to catnip or not depends primarily on his genetics. A 1962 scientific analysis of 26 Siamese cats cited a Mendelian-dominant gene for its response to catnip. In other words, genetic predisposition plays a key role in deciding whether your cat will get high from catmint or not.

Related:  Why is My Cat Meowing So Much?

Does Catnip Affect Other Animals Besides Cats? 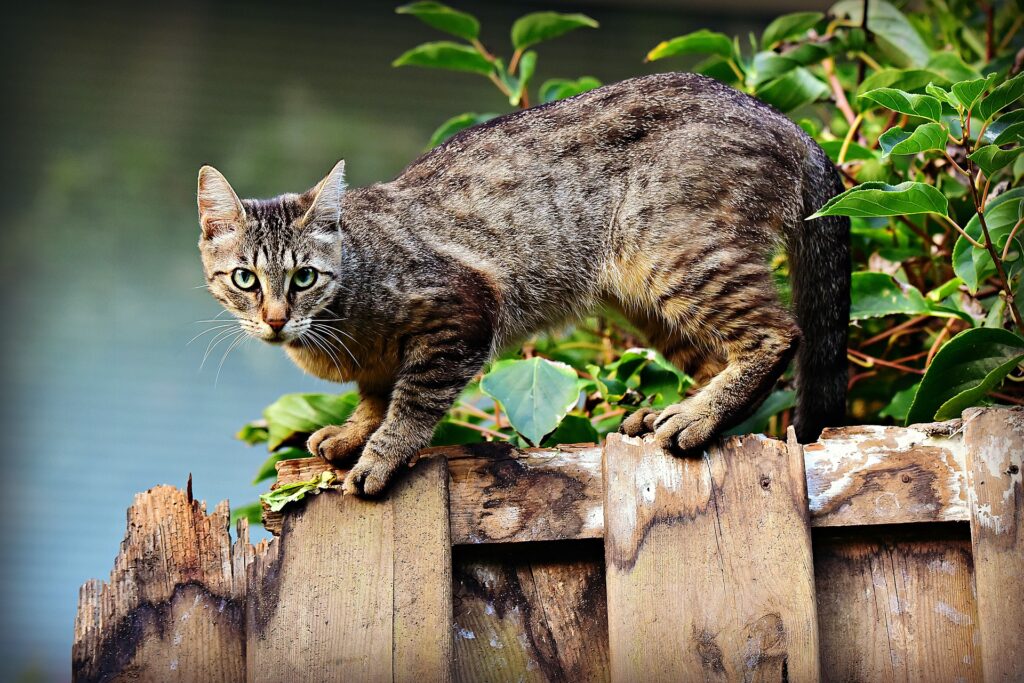 Nepeta cataria has been shown to cause behavioral effects on all animals of the cat family. That includes the domestic cat plus his wild cousins, such as lions, leopards, cheetahs, pumas, tigers, etc.

Several studies have established that leopards, servals, cougars, and lynxes all react strongly to catnip. Lions and tigers also react to the herb, although the effects aren’t so strong.

What Other Plants Will Get Your Cat ‘High’?

Again, whether your cat will react to these plants has a lot to do with his genetic makeup.

Catnip is to cats what marijuana is to humans. The herb produces several psychoactive effects and may be used to address common medical ailments in cats, such as stress, anxiety, and insomnia.

Besides, catmint offers a range of other medical and nutritional benefits. The herb has been used as an ingredient in herbal teas for years, thanks to its sedative and relaxant effects.

So, there’s more than enough reason to add Nepeta cataria to your wellness garden.