We all know that cats have a heightened sense of everything! so it should come as no shock to hear that yes, cats can see very well in the dark. In this short and sweet article, we will look at the facts behind their incredible vision, and assess how and why their vision is so good!

How can Cats see so well in the Dark?

Their pupils are also able to expand wider than ours, which helps to bring in more light. However, in scenarios where there is absolutely no light, cats are not able to see very well. There must be at least a small source of light in order for cats to see in the dark. So even though cats have the ability to see well in the dark, they are not actually nocturnal creatures. Cats are instead known to be crepuscular, which simply means that they are more active during the twilight hours.

Do Cats have the Best Night Vision in the Animal Kingdom?

There’s no denying that cats have an innate ability to see in the dark. But how does that compare to other animals? Well, while cats have excellent vision, there are other members of the animal kingdom that have better vision. The owl for example is the ultimate night vision animal. Owls can pick up UV light really well, and their vision is almost as good during the night as it is during the day!

3 Quick Cat Facts That You Might Not Have Known 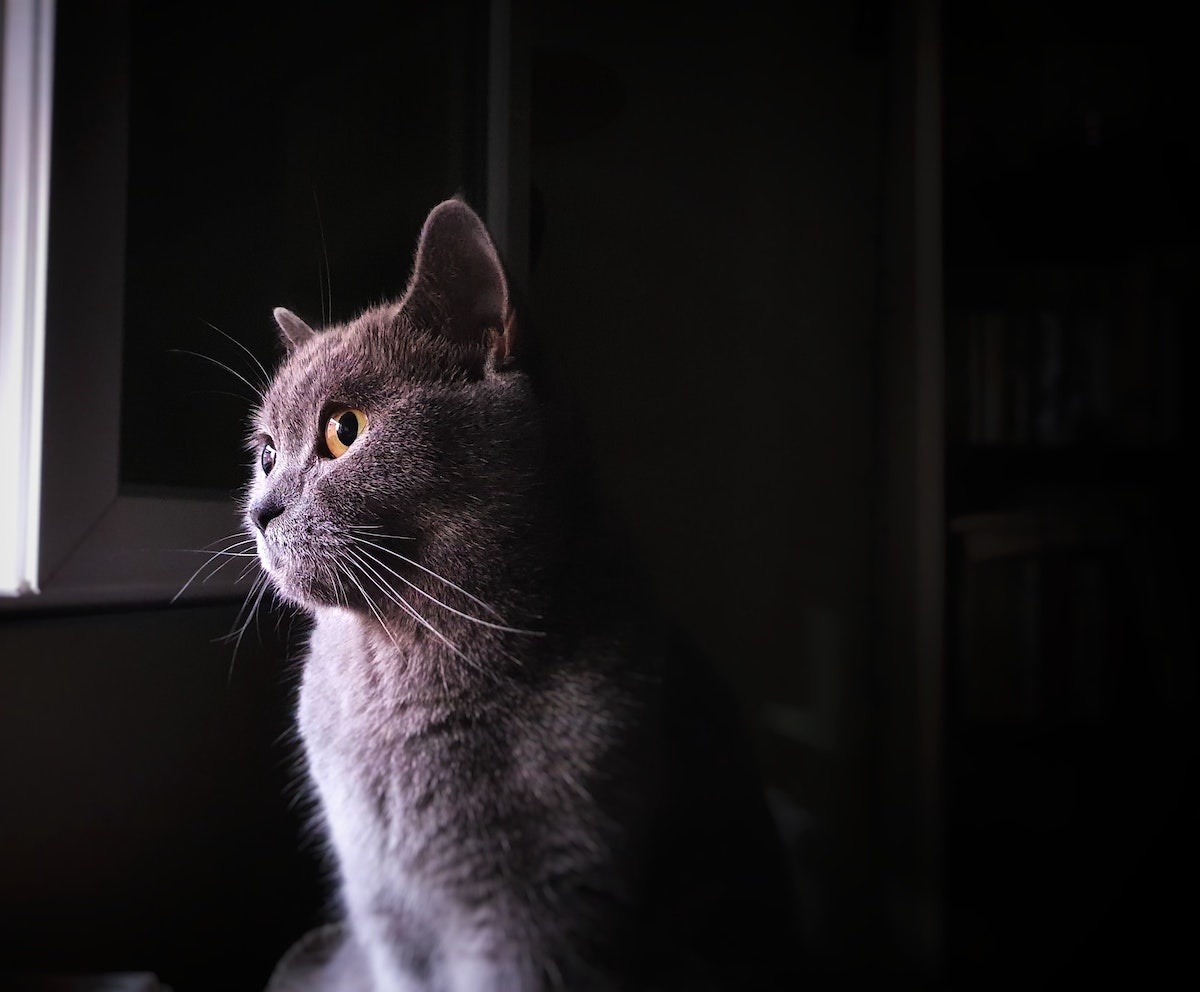 Cats are unable to see green and red

Human eyes have three types of colour receptors called cones, which allow us to see the whole rainbow of colours. Cats have fewer cones, and only have two types, which means that the colours red and green appear to them as shades of grey. They can see blue and yellow quite well, but there are certain colors that they can not see!

Their eyes are super-sensitive to movement

One of the reasons cats are such good hunters is because their eyes are much more sensitive to movement than our own. They can detect objects moving at speeds of up to four millimetres per second. This allows them to quickly ounce on toys, or of course, predators!

A Cats Periforal Vision is Excellent!