Some breeds like the French bulldog may have a lifespan as short as five years. Such are the dogs that will come into your life, stay a little while, then leave even before you can celebrate your next anniversary.

Most dog owners are aware of these blunt realities. However, the thought of losing our canine friends is not something we ever want to entertain. Much less if the decision practically rests in our own hands.

That said, there may come a point when putting your dog down is the best thing to do. As the saying goes, sometimes you’ve got to be cruel to be kind.

But what does putting a dog down entail and how do you go about it? That question shall be answered conclusively throughout this post.
What Is Putting A Dog Down?
‘Putting down’ is a euphemism for euthanasia. Another related phrase is ‘putting to sleep.’

Euthanasia is a Greek-derived term that loosely translates to “good death.” It refers to the act of intentionally killing an animal or letting it die by withholding extreme medical interventions.

A classic case of euthanasia is killing your dog because he’s visibly old and no longer participates in life like he did before. But as you’re about to find out, there are several other ways to put your canine friend to sleep.

How Do You Know It Is Time to Euthanize Your Dog? 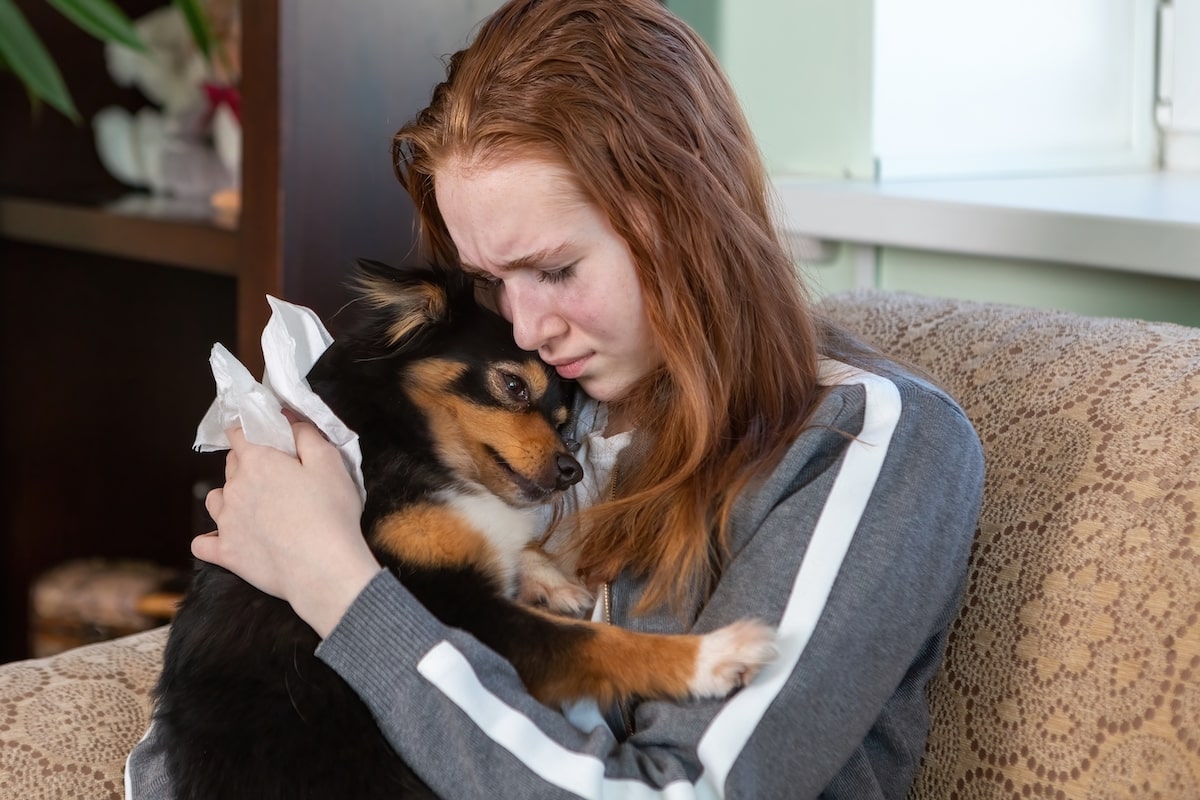 Numerous reasons could justify putting your dog to sleep. But before you do, it would be best to establish whether euthanasia is the best course of action. Ideally, putting your dog down should come as a last resort.

The following questions might help you determine whether it’s the best time to euthanize your adorable ball of furs:

Related:  How Do Dogs Get Parvo?

Common Reasons to Put Your Dog Down 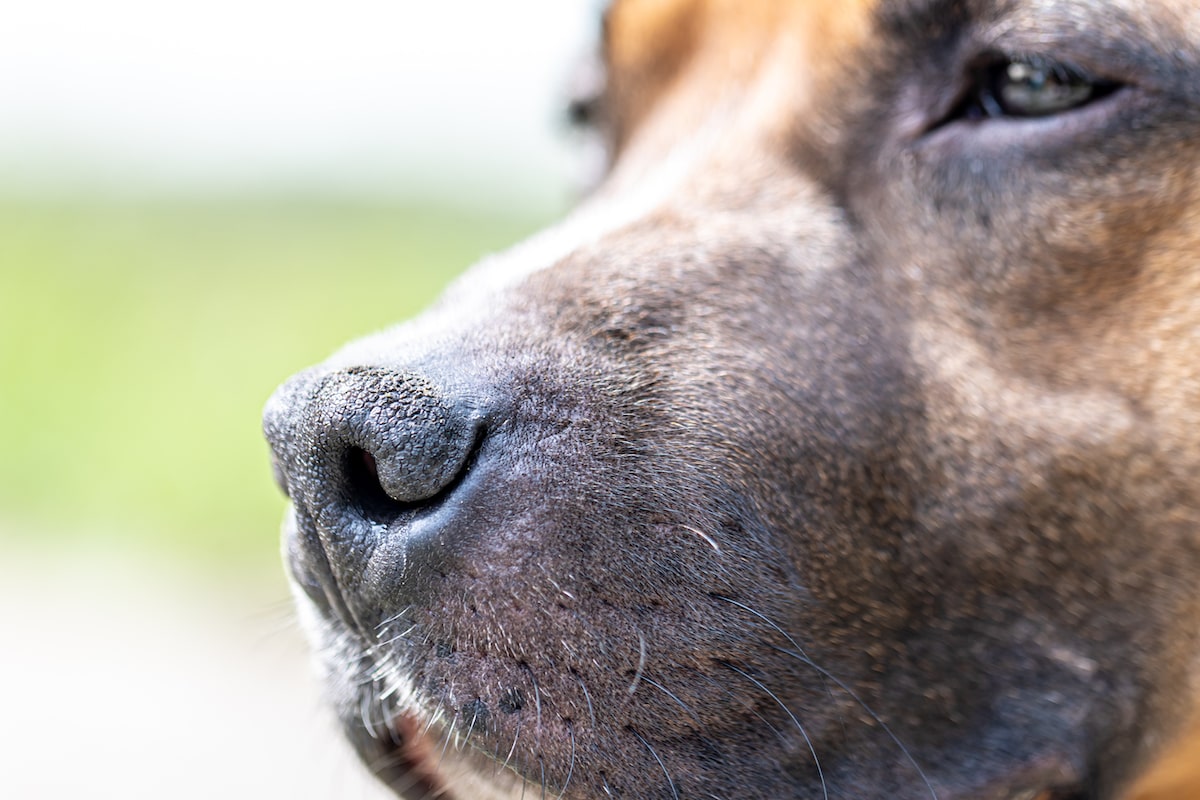 Like humans, dogs experience massive and irreversible organ degeneration as they age.

It usually starts with bladder and bowel incontinence. It then progresses to muscle wastage and bone degeneration. And before you know it, your pooch no longer relates with you as passionately as he did before. He also loses complete interest in things he previously enjoyed, including eating, drinking, and playing.

When this happens, putting your dog to sleep is usually the best course of action.

A terminal illness refers to any incurable disease that will most certainly end in death. Examples include cancer and rabies.

These diseases can cause unbearable pain for your dog, especially during their advanced stages. Therefore, the best solution is to put the animal out of his misery by euthanizing him. After all, your dog is going to die anyway. It’s just a question of ‘when’ and not ‘if.’

The following are common symptoms of a possible underlying medical condition in dogs: 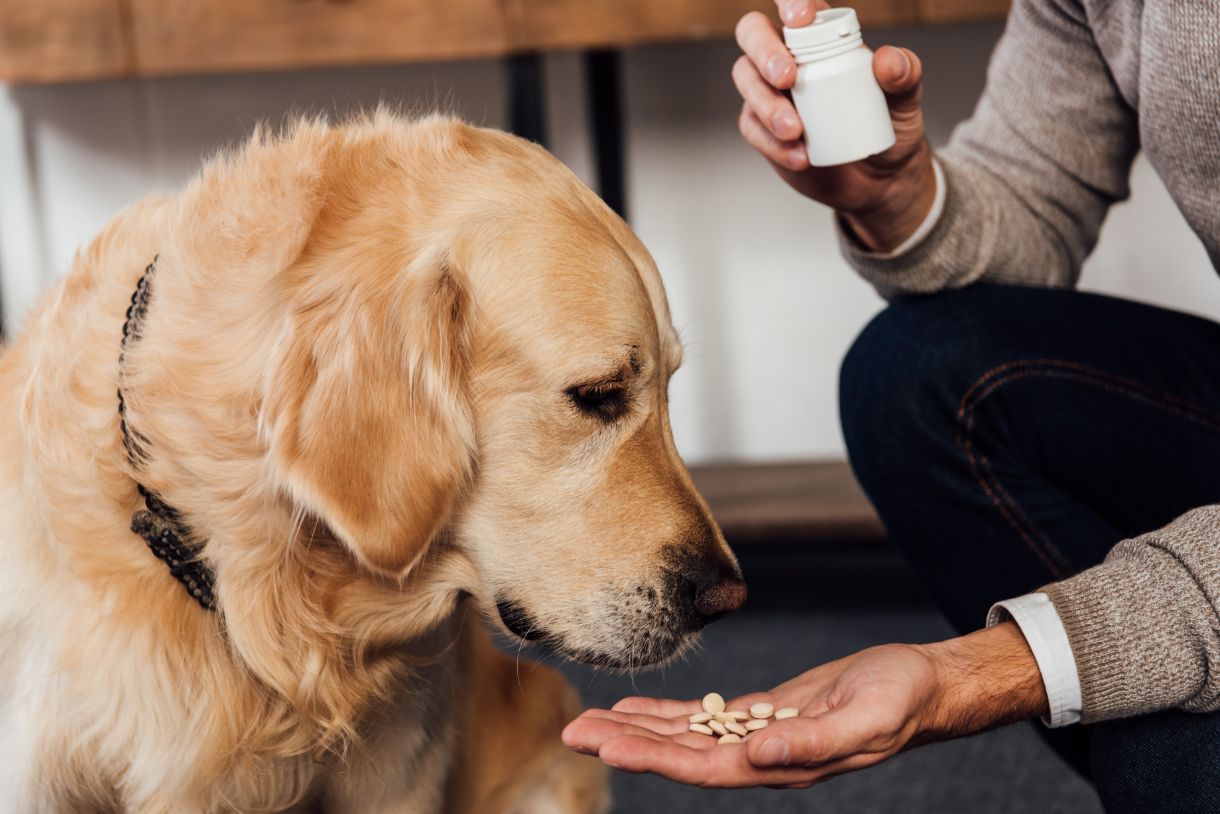 A debilitating illness is any medical condition that impairs your dog’s physical mobility and vitality.

These diseases may not necessarily be terminal. But they could still cause immeasurable suffering for your pooch while they last. Instead of prolonging your dog’s agony, you may consider putting him down.

Examples of debilitating diseases include osteoarthritis, osteoporosis, and organ failure.

Related:  35 Creative Pet Business Ideas and How to Start Them

Your dog was recently in a severe accident. The animal has had multiple surgical procedures but his condition doesn’t seem to be improving.

His pain persists and he doesn’t seem to exact any enjoyment from life at all. Well, this is another justifiable ground for euthanasia.

5. Inability to Eat/Drink or Inadequate Food/Water

Numerous conditions could affect your dog’s ability to eat and drink normally. Going without food and water for an extended duration can result in generalized fatigue, seizures, coma, and eventually death. Such dogs are also ideal candidates for euthanasia.

On the other end of the spectrum, the scenario may have less to do with your dog’s refusal to eat or drink and more with the unavailability of food and water.

If you’re already struggling to feed yourself and other human members of your household, then it will be exceedingly difficult to sustain a dog. In this case, the most viable option would be to give the animal up for adoption, either to a shelter facility or a friend. But should there be no one ready to adopt the dog, you may have to put him to sleep. 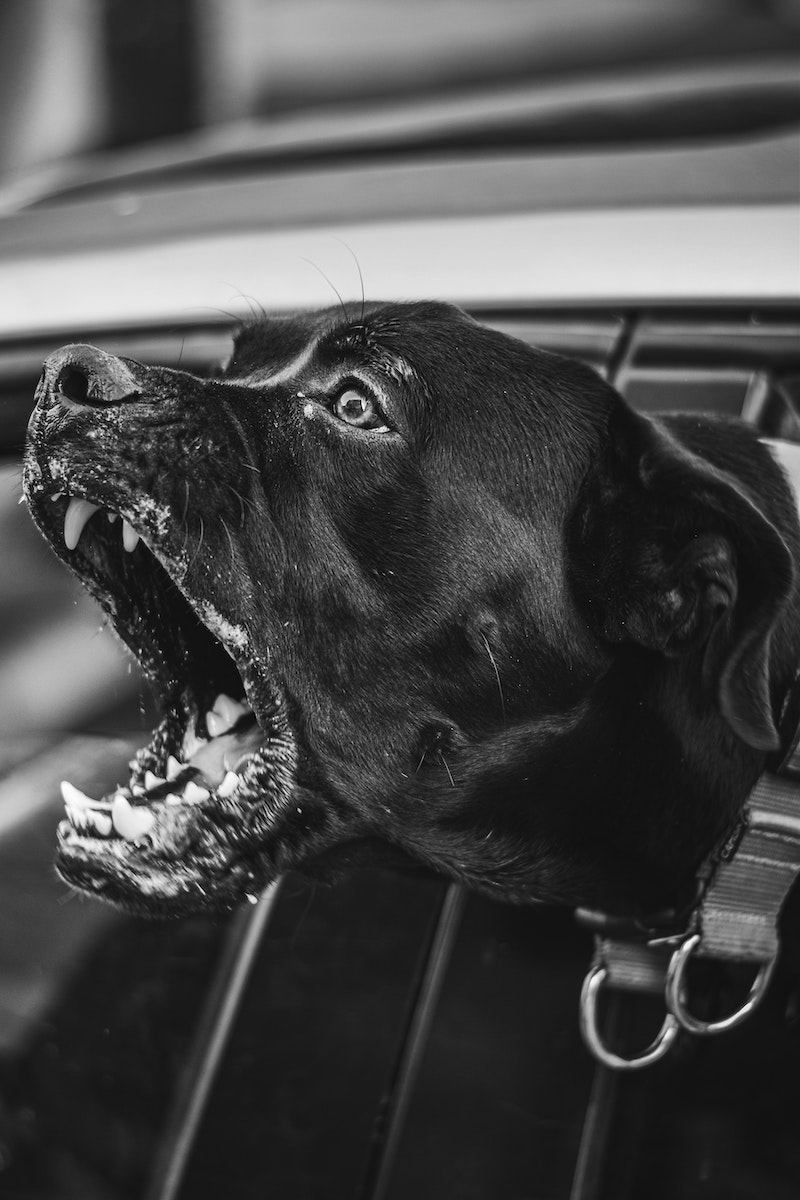 Certain aberrant behaviors may also cause a dog to be euthanized. Examples include compulsive chewing, incessant barking, and violent aggression (especially towards other household members).

These behavioral problems are usually indicative of underlying medical conditions. But they could also develop due to exposure to certain social and environmental factors.

If the behavior cannot be mitigated or redirected via training, then euthanasia may be a viable option.

Many laboratory tests and trials are normally conducted on animal specimens before they can be performed on humans.

Some of these procedures may involve an animal’s sensitive organs, such as the liver and heart. Others could result in massive genetic changes or outright death. In such cases, the subject of the experiment may need to be euthanized first.

Although uncommon, cases where dog owners gave up their canine friends for laboratory test procedures aren’t unheard of.

In many jurisdictions, animal control agencies implement laws that prohibit pets like dogs from roaming the streets freely. These laws mainly aim at protecting the safety of the straying dog and the people or animals he may encounter during his escapades.

If you’ve been unable to restrain your dog such that he regularly ends up in the streets, then animal control agencies may have to put him down.

However, it’s important to note that you’re not actively giving your dog away for euthanasia in this case. The decision is pretty much out of your hands.

Where and How To Put Your Dog Down? 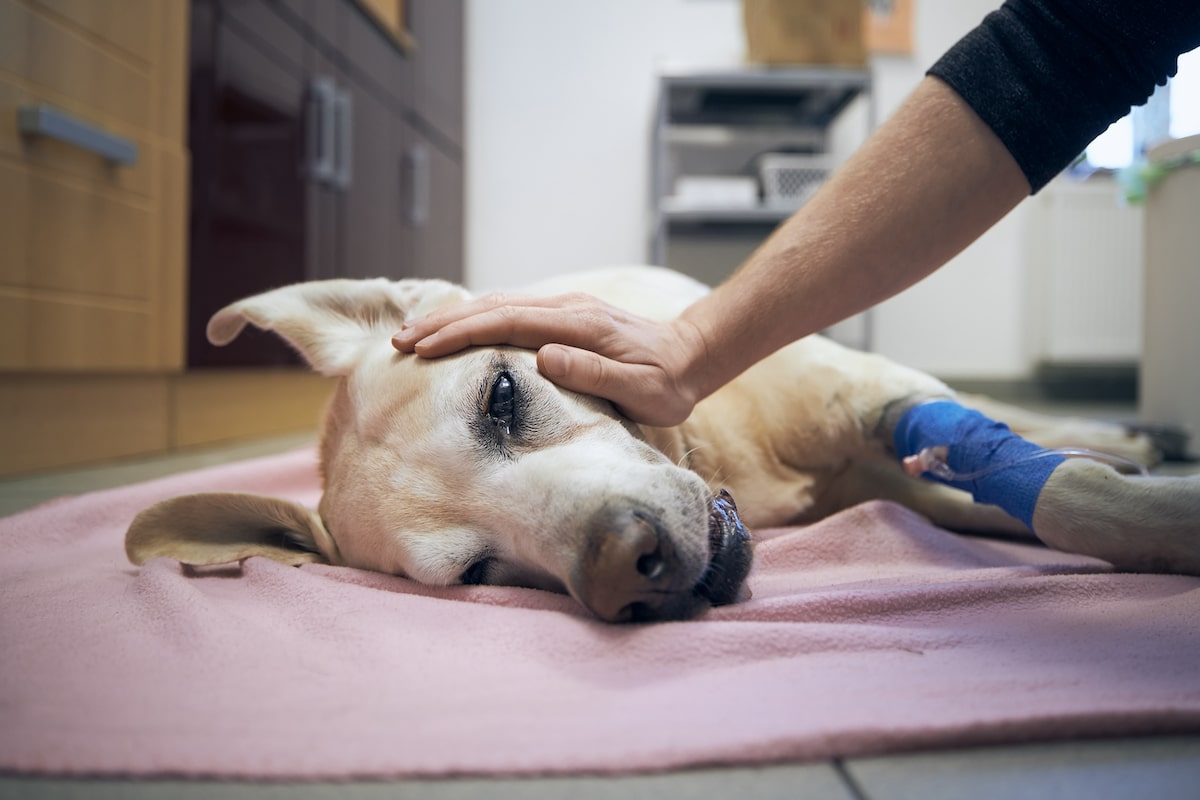 While it’s possible to perform euthanasia at home, experts recommend having the procedure conducted at a veterinary clinic or animal shelter. That’s primarily due to the degree of emotional distress it can have on you.

There are various methods of putting a dog to sleep. These techniques can be broadly classified into pharmacological and physical. Common ones include:

Whichever method chosen should cause minimal physical pain and emotional distress, not only to the dog but also to his owner.

Normally, the animal is first injected with anesthetics that cause a significant reduction in consciousness by disrupting his central nervous system. Any subsequent interventions are then aimed at stopping cardiovascular activity, from which point the dog is considered clinically dead.

Biding Adieu to Your Dog

It’s important to bid goodbye to your canine friend as you hope to reconnect in a different incarnation (depending on your beliefs). This allows you to get some closure by embracing the reality of his departure.

One way to bid adieu to your dog is by recalling all the good memories of him. You can also take lots of pictures of you together in the weeks leading up to the euthanasia.

Since you’re seeing the last of your canine companion, you might also consider treating him to his favorite toys and snacks. And if you want to immortalize the dog, you could get a casting of his paw or nose prints.

Last but not least, remember to give your fallen friend a befitting burial. 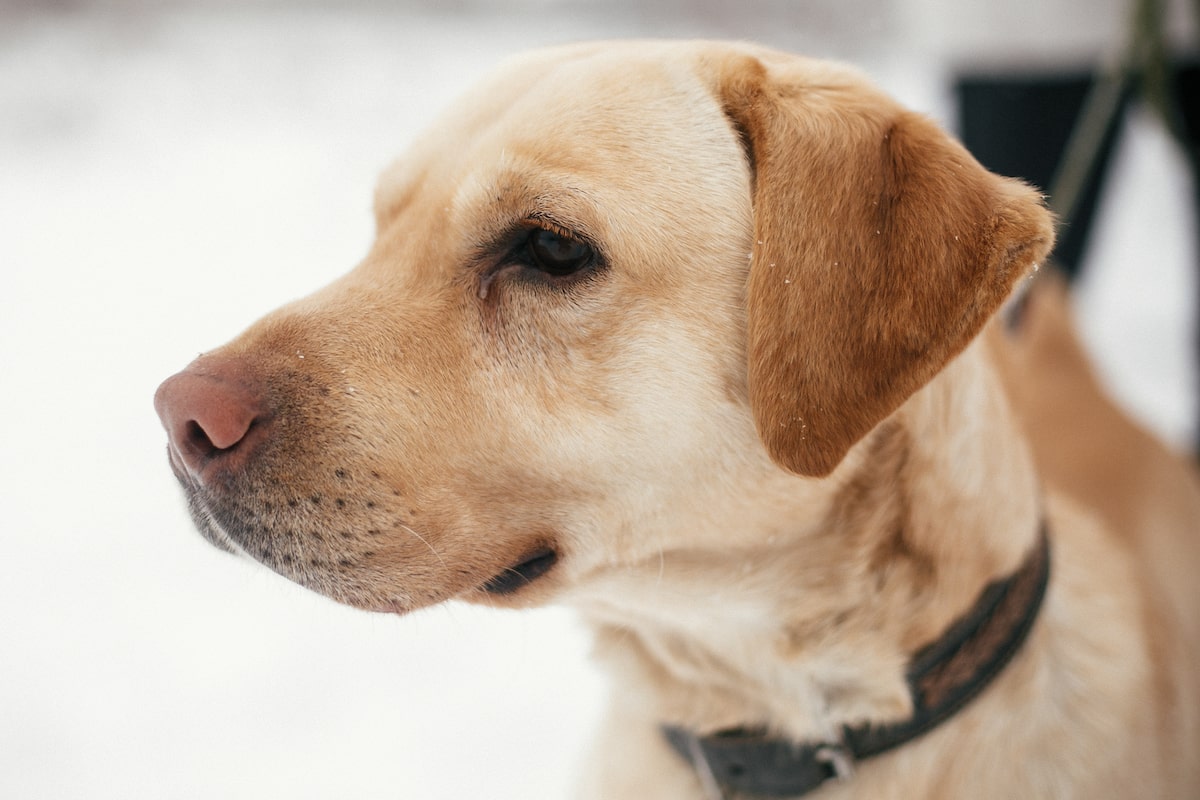 Putting a dog to sleep is not an experience we want to go through in our lifetime.

But if you ever have to make this heart-wrenching decision, it’s reassuring to know that you can go through the ordeal and emerge stronger.