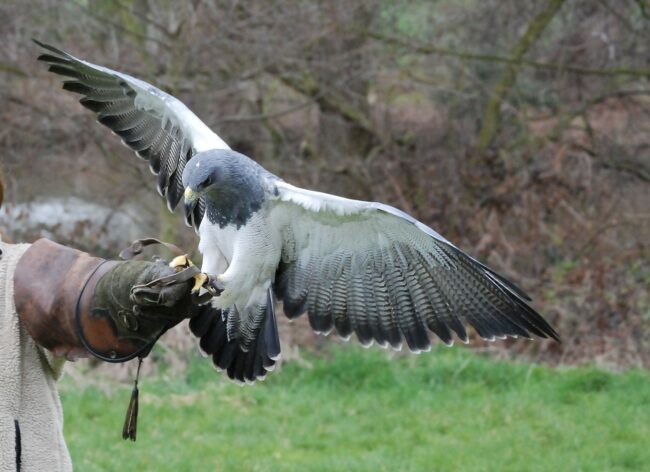 What Eats Hawks: [Find Out About Hawk Predators]

Hawks are mostly the apex predators and hunt a variety of prey. But despite their near invincibility, they can sometimes be hunted too, especially if they are caught in a moment of weakness. So, one has to wonder if hawks are at the top of their good chain, then what eats hawks.

But first, let’s get to know this fascinating creature.

Hawks As Birds of Prey

Hawk is actually an umbrella term. A term that encompasses the birds of prey that come under the subfamily of Accipitridae.

Scientifically, they are termed Falconiformes and Hawks refers to the groups of birds of prey that are active during the day or diurnal.

Globally, you can find around 270 species of birds that come under the hawk family, and they are spread pretty much evenly around the world.

Except for Antarctica. Even they hesitate to settle in such an extreme climate. Plus, there will be not many smaller animals or rodents for hawks to prey upon, which would make survival for them hardy and tough.

That’s not to say that hawks don’t travel far. Hawks are one of the most well-traveled birds of prey. You could say they have their version of wanderlust existing in them, too.

They often migrate for several thousands of miles and explore around before settling.

Some Interesting Facts about Hawks

Hawks are dangerous to most animals down in the food chain, but they are pretty fascinating and intriguing as birds.

It is astonishing to find that hawks have eyesight that is eight times that of a human’s. They see most clearly and sharply than any other birds in existence.

If you want to get an idea of how much sharper their eyesight is, then you should know that they have one million photoreceptors.

Yes, one million, whereas humans have around two hundred thousand photoreceptors only. So basically, their vision compared to ours is 20/2.

Hawks also see in vivid color. One must have to wonder what it would be like to see from the eyes of a hawk and how different and beautiful the world might look in such sharpness and clarity.

Yes, hawks are monogamous birds. Once they have committed, they do not stray, which is pretty rare in the animal kingdom.

They are very faithful and stay away from infidelity. They stay with one partner all their life.

Hawks have quite a speed. They can even gather momentum and dive at the speed of 150 mph when they’re hunting for their prey.

They need to dive and capture their prey pretty fast and quickly because otherwise, smaller animals have quite a speed on them too. In order to not lose their food, they must be quicker than their prey.

With their speed, a lot of times, the prey doesn’t even know they’ve been hunted and captured until it is too late.

Their speed is surely impressive and a sight to behold.

Places They Live In

Hawks are very versatile and are adaptable. They can adjust pretty much everywhere and in most of the locations. But they do have preferences.

Most of the time, Hawks tend to love and build nests in areas of surrounding swamps or the forests and deep woods.

They build their nest high in the trees to protect their young from predators and to keep them safe at their most vulnerable stage.

They use materials like moss, lichen bark, confider to make their nests, and their nests can be as big as 3 feet!

What do they Eat?

In this way, they are pretty useful to humans. They may be dangerous and very aggressive towards their prey and competitions in their territory but mostly stay away from humans. They do not unnecessarily harm humans or hurt them unless you are unwise enough to go near their nests, in which case, maternal instincts trump everything else.

Now we know what the hawks eat. Let’s find out what can eat hawks instead?

Since they are predators that are at the top of their food chain and are very aggressive and predatory, they don’t have many other predators that feast on them.

Now that does not mean that there are none that eat hawks; in fact, one of the species that eat hawks are hawks themselves. To clarify, the bigger hawks can sometimes attack and eat smaller hawks. Goshawks, in particular, are known to kill other hawks if they find them in their territory.

Hawks are the most vulnerable when they are inside the fragile shells of the eggs. Hawk eggs are hunted by some animals like snakes and other birds like owls. At that stage, the mother hawk usually protects the eggs, but it is not possible all the time.

Other big birds like eagles also prey on hawks and can eat them, although it is not common. The scavenger bird, vultures, also eat hawks. Especially dead ones. If they find dead hawks, they will feast upon them, too.

Other than these animals, when the hawks are babies and young, they are yet to be matured into a protective bird. At that stage, they are pretty prone to get eaten by larger birds or even by snakes. They sure do seem to have a love-hate and predator-prey relationship with snakes.

Owls are another large bird that can sometimes eat hawks as well. There seems to be a lot of bird-on-bird violence here.

Aside from birds and snakes, raccoons and red foxes are also among the predators that sometimes share a taste of hawks. They pretty much attack and eat hawks when they are weak or when they are younglings.

Mostly it is the younger and vulnerable hawks that get eaten by other predators. Older and fully matured hawks are much harder to attack or prey upon. They rarely get eaten, unless it is a hawk that is even larger than them.

We now know the animals that eat hawks, but you must be wondering if there are any people or any tribes that indulge in hawk as a meal as well? Well, there aren’t many, but there are a few.

Generally, hunting hawks, be it for a game or sport or just to even capture them, is illegal in many parts of the world.

They are strictly forbidden because they are predator birds and do not generally harm humans. But there are people and cultures that feast on hawk meat as well.

The Kutchins, the Gwich’in of Alaska, are one such people that not only capture hawks but also eats them. They speak Athabaskan and are the first nation people of Canada.

They live above the arctic circle and are neighbors to the well-known Eskimos. The Gwich’in are famous for the craftsmanship of snowshoes, birch bark canoe, and two-way sleds. Other than the Gwich’in, native Americans of the midwest and the southwest are also in the culture of eating hawks.

But there are not many other tribes or cultures that promote eating of hawks as a general rule? Most cultures. Reject the idea of eating hawks completely. Not only hawks but most of the predatory birds of prey.

Should We Eat Hawks?

Generally, humans do not prefer to eat predatory birds. Unless you’re stuck in the wilderness and are starving and have no other option, it’s safe to say you won’t find hawks as a meal.

It can be safe to eat their meat, but you should not eat the scavenger birds. They eat dead animals and have toxicity build up in them.

Even with birds of prey, one might find it unsafe to eat because most of these birds eat rodents and lizards, and fishes, which contain their varieties of toxins and various poisonous elements. You would be getting all of that into you if you were to eat hawk or o=any other birds of prey, so maybe it is best that one stays away from them.

Hawks are majestic, beautiful, and seeing one will shock you in real life. They’re just so big! But every predator can sometimes become prey, especially when they are weak or vulnerable.

Humans are super predators, as we now possess the tools and machinery to capture or kill any animal. Although that will be unethical and illegal, it isn’t entirely impossible.